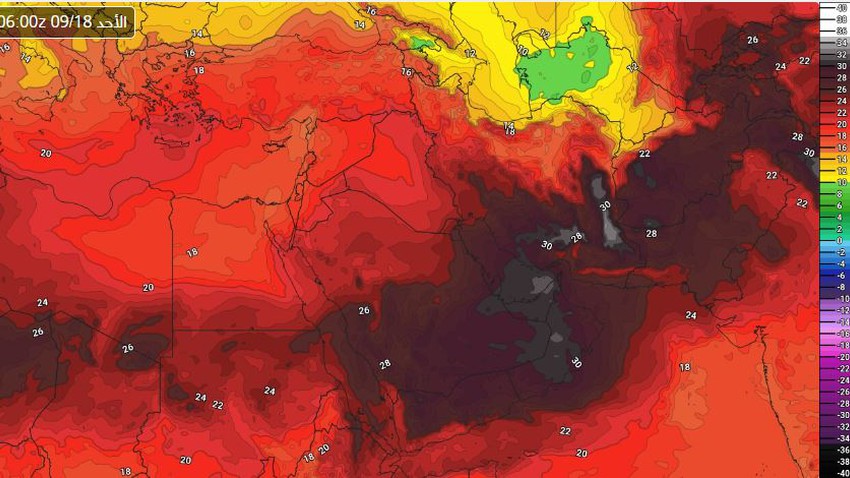 Arab Weather - Weather indicators translated from weather maps inside the corridors of the "Arab Weather" center show expectations of a moderate-temperature air mass rushing to the eastern basin of the Mediterranean, including Egypt, far in the middle of this month, which carries a noticeable drop in temperatures.

In the details, it is expected that an air mass will dominate large parts of North Africa to southern and central Europe, and it is expected that a relatively cold air mass will head directly from the east of this height towards the Balkans, the Greek islands and Turkey, and then - after losing its cold characteristics - heading to a region The eastern basin of the Mediterranean, including Egypt, arrives in the form of a "humid and temperate air mass".

As a result, there will be a significant drop in temperatures at the end of next week (after the middle of this month), so that they are slightly below their usual rates for this time of the year, and the atmosphere turns from being hot to become tilted in the northern regions during the afternoon and afternoon, with activity in the wind sometimes. .