Egypt | Learn when the heat wave will fracture the republic 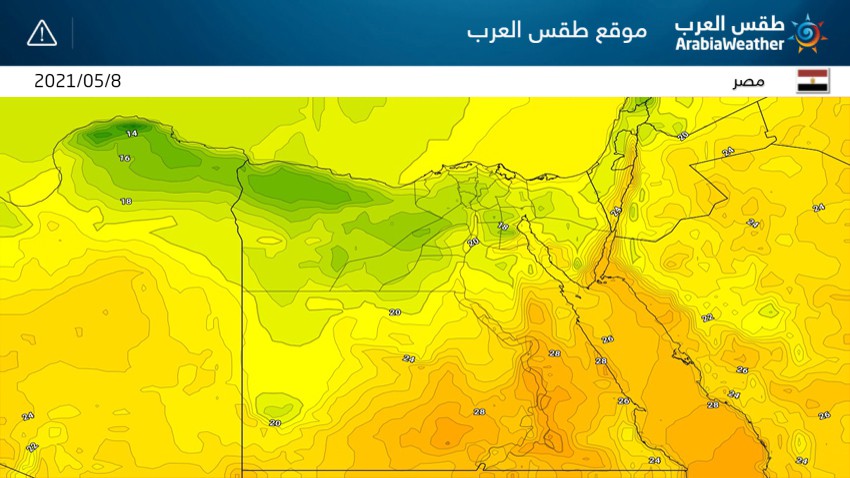 Arab Weather - Weather maps indicate through the Badr system developed by Arab Weather that it is expected that there will be an additional intensification of the heat wave on Sunday, as the pressure and control of the extremely hot air mass coming from the African Sahara increases, thus interfering with the republic at the height of the impact of this heat wave, while Refraction of hot climates is expected gradually from the two.

The temperature is close to 43 degrees in Cairo

A significant rise in temperatures occurs on Sunday, to become 10-12 degrees Celsius higher than their averages for this time of year, and the weather is very hot and dry in general in most regions of the interior of the republic, while it is more moderate on the northern coasts, The temperatures are between 42 and 44 degrees Celsius in many Egyptian villages and cities, including the capital, Cairo. As for the night hours, the weather is remarkably warm compared to the usual weather at night, and quantities of medium and high clouds gradually appear, with a low probability. Because some local showers fall from rain in a limited range, they may be accompanied by thunder, especially the northern coasts and Sinai , while the majority of thunder clouds are dry due to weak humidity in the middle and low air layers, and the winds are moderate westerly, and may activate at times and cause dust in some areas. 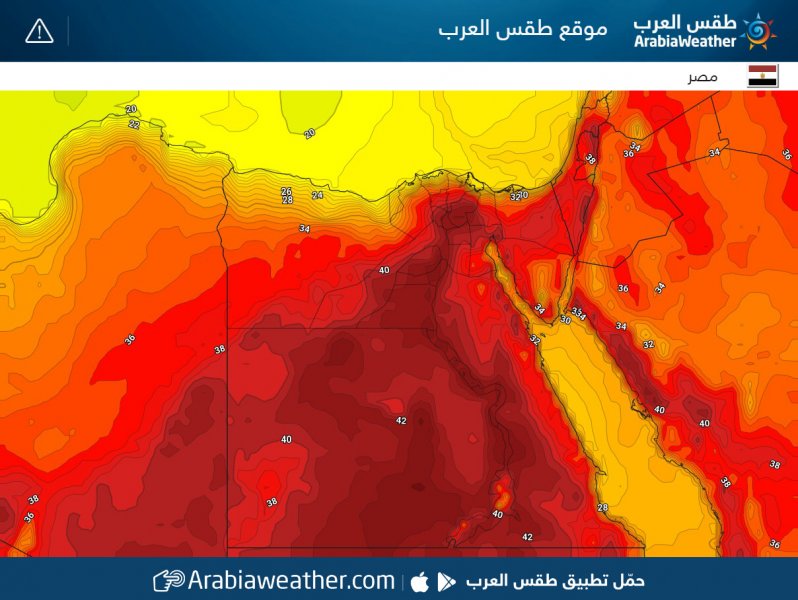 Refraction of the heat wave effect

As of Monday, the effect of the upper altitude weakens gradually and the extremely hot air mass accompanying it until Thursday, despite that temperatures remain higher than their averages for such time of the year, and the weather remains extremely hot in most regions, and tends to heat in the northern coasts, and clouds multiply. Medium and high thunderstorm clouds interspersed with some thunderstorm clouds, and thunderstorms of rain fall during the afternoon and afternoon hours in some areas, and the winds are north with moderate speed, and may activate at times and be dusty and dusty in parts of the Republic, and during the late night and morning hours, humidity levels are expected to rise and form Fog in some areas of the northern coasts and North Sinai on a daily basis.

It is expected that the hot weather will intensify at the end of the week, but with a lesser intensity than what is currently affecting it, so that it becomes higher than its usual rates of 5-6 degrees Celsius, and hot to very hot weather prevails in most interior regions, including the capital Cairo, and relatively hot on the northern coasts. , And northeasterly moderate winds blow, which are active at intervals in parts of the northern and central regions, and cause dust in some areas.

Important recommendations regarding the heat wave, which are recommended to be taken seriously:

In view of the expected intensification of the heat wave on Sunday, there are a set of important recommendations that must be taken seriously in dealing with such an atmosphere summarized in the following points: