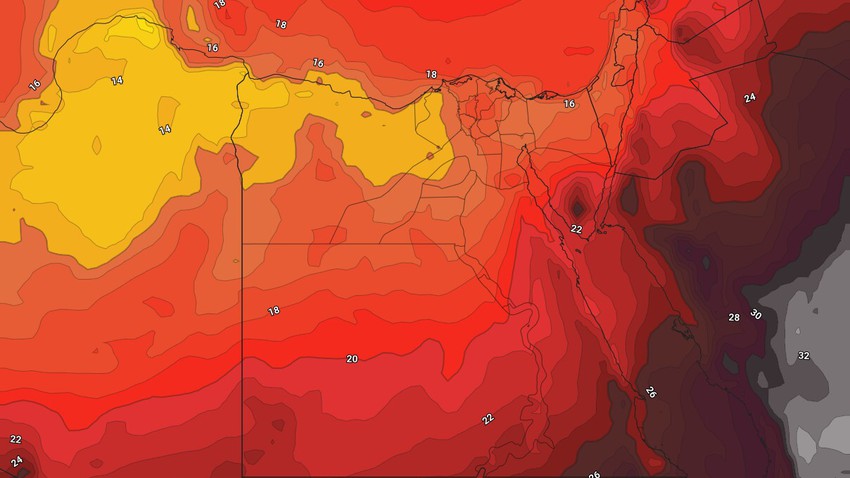 Arab Weather - The weather maps in the Arab Regional Weather Center indicate that the Republic was affected on Tuesday and Wednesday by a less heated air mass coming from the center of the European continent across the Mediterranean Sea. The northern regions, while the southern regions are less affected by marine air currents, as the extremely hot weather continues in those regions and the temperatures remain within the forty levels.

Low clouds and a chance of some rain As a result of the progress of marine air currents, large amounts of low clouds appear during the next two days over the northern regions, all the way to Cairo. As a result, there is a possibility of sporadic local showers of rain on parts of the northern coast, including opportunities in Marsa Matrouh and Alexandria.

Nights tend to be cold in the Sinai Heights

The weather during the night hours is warm in the northern regions and tends to moderate with the effect of the night hours and during the dawn, while it becomes cold in the Sinai highlands, coinciding with a noticeable rise in the surface moisture levels, as quantities of low clouds continue to appear, which will lead to the formation of fog in some northern regions, especially Sinai While the southern regions are generally under relatively hot weather.

Northwesterly moderate winds will blow over Egypt, sometimes active during the coming days, especially on Lower Egypt, and they will be dusty in desert and open areas.