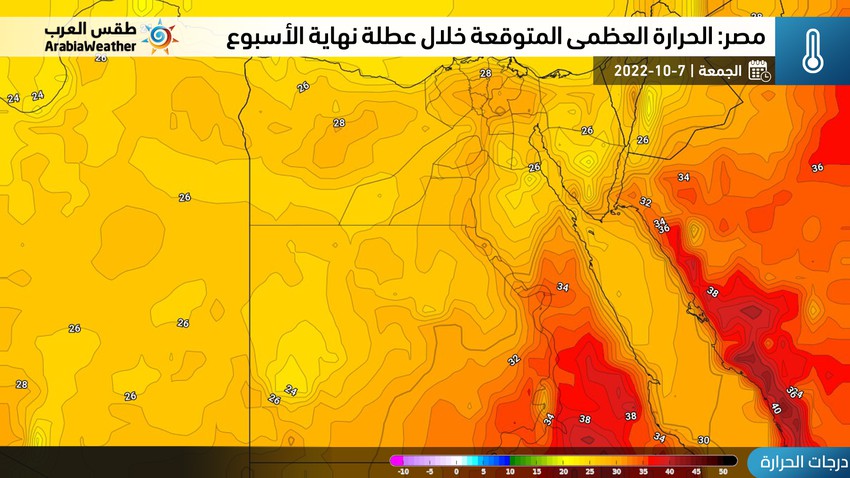 Arab Weather - The air maps operating in the "Arab Weather" center indicate that the atmosphere of Egypt will be affected, starting on Friday, by a moderately hot air mass, which works on an additional decrease in temperatures, and the prevailing of a moderate atmosphere during the day in most northern regions and relatively hot in the rest of the regions.

In the details, temperatures in Egypt drop on Fridays, Saturdays and Sundays, so that they become lower than their usual rates for this time of the year by about 3-4 degrees Celsius, and the weather is moderate and humid in the northern regions, all the way to Greater Cairo and northern Upper Egypt with the appearance of scattered clouds over Low altitudes, especially in the morning hours, and relatively hot to hot in the rest of the regions, including Upper Egypt, and the opportunity is ripe for light rains on limited parts of the northern coast that may extend to parts of the northern delta. 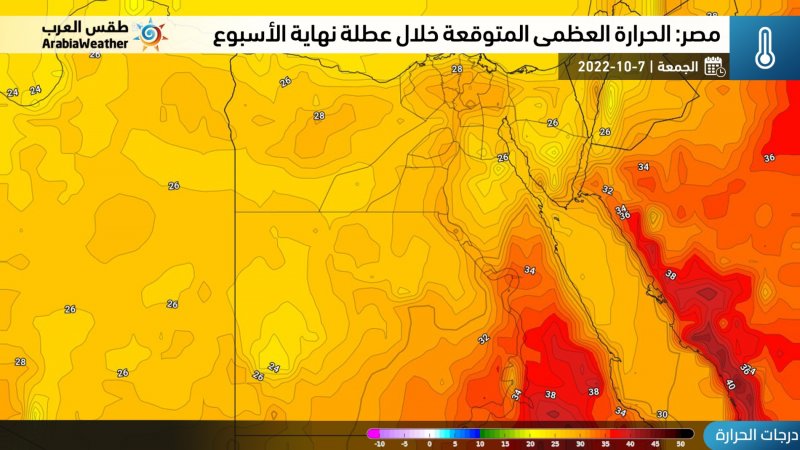