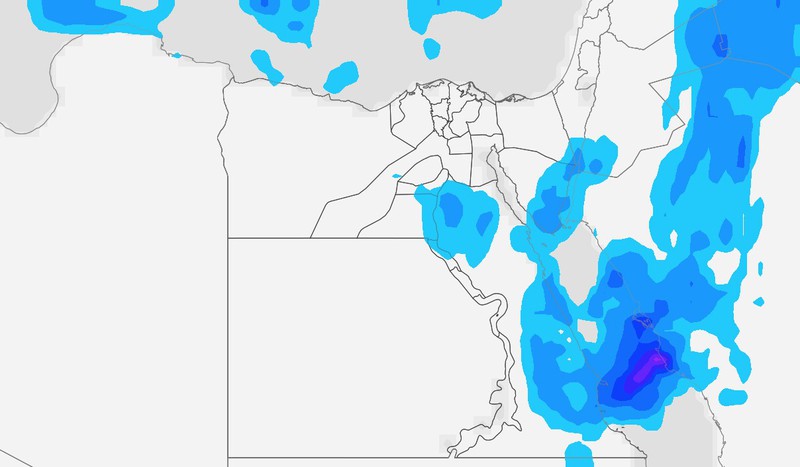 Weather of Arabia - Weather maps in the Arab Regional Weather Center indicate that the country will continue to be affected by a pleasant autumnal air mass.

A state of atmospheric instability on Monday and Tuesday

A cold air mass rushes into the upper layers of the atmosphere, starting from the western regions on Monday, where a state of air instability arises, starting from the western desert and parts of the western coast, accompanied by showers of rain, sometimes thundery, and with the progress of the cold air mass in the upper layers of the atmosphere. Chances of thunderstorms extend to parts of Greater Cairo and northern Upper Egypt, all the way to parts of the Red Sea and South Sinai coasts.

Relatively cold weather at night in many regions