Egypt | Normal summer weather, accompanied by active winds that raise dust and dust in many areas during the coming days 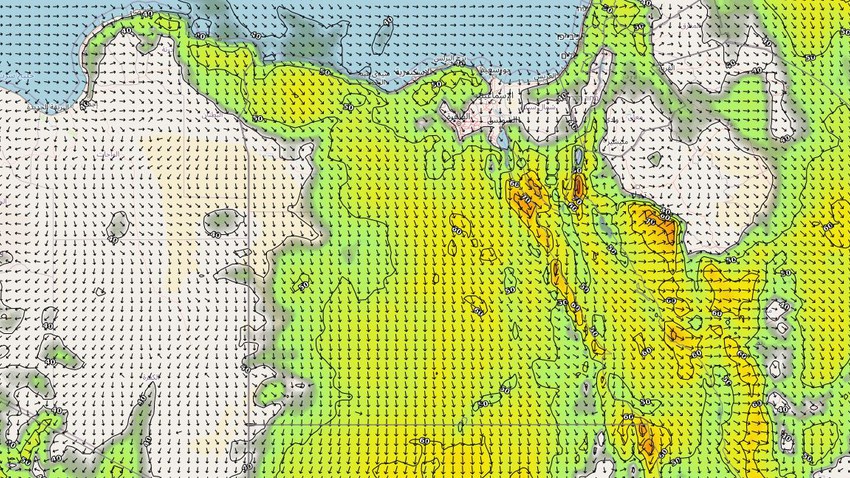 Arab weather - It is expected that Egypt will continue to be affected by an upper depression accompanied by a moderately hot air mass during the coming days, which will rush gentle currents from the European continent towards the region.

The air systems are represented by the concentration of an air rise in the middle of the Mediterranean Sea, after which it rushes towards the eastern Mediterranean, including Egypt, north winds with temperatures around less than their general rates, so that moderate weather prevails in the coastal areas, and relatively hot in Greater Cairo, Lower Egypt, South Sinai and the coasts of the sea Red, and hot in the rest of the regions.

Winds are north to northeast, moderate in speed, sometimes active in large parts of Egypt, accompanied by strong gusts sometimes, especially the coast of the Red Sea and the Gulf of Suez, while they are dusty in some areas, and the waves are high in the Red Sea, especially the Gulf of Suez, which works to disturb Navigation and some marine activities, while moderate in the Mediterranean. During the night hours, the weather is pleasant in the northern regions and mild in the rest of the regions, and humidity levels rise and water mist is formed in North Sinai, the cities of the Canal and parts of Lower Egypt.

The normal summer weather continues throughout the week

Egypt continues to be affected by an extension of an upper air mass accompanied by an air mass below its normal rates throughout the week, so that temperatures will remain around lower than their rates during this period of the year in most areas, so that the weather will be moderate on the northern coasts and relatively hot on the delta, Cairo, canal cities, central and southern Sinai. The coasts of the Red Sea and northern Upper Egypt are hot in the rest of the regions, while the weather is moderate to mild at night in most regions.

Wind activity continues after noon hours on a daily basis in large parts of the republic and will cause dust in many areas.