Egypt | Once again ... a state of air instability and an opportunity for thunderstorms in many regions 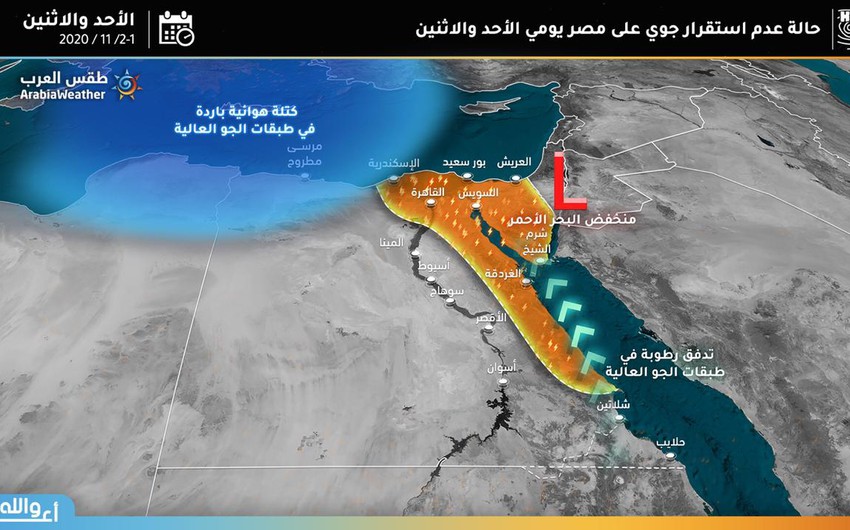 Thunderstorms in the rain include the capital, Cairo

Thunderstorm clouds multiply in the eastern regions of the republic, to include all of the Sinai and the coasts overlooking the Red Sea, and westward towards the capital, Cairo, on Sunday and Monday, where the opportunity is ripe for thunderstorms in those areas.

The state of air instability coincides with a drop in temperatures to be lower than their averages for this time of year, especially in the western parts of the country, and the capital, Cairo, records temperatures in the mid-twenties during the days of this week.

Indications of low and cold air mass, as of Tuesday

The latest weather updates received by Arab Weather indicate the possibility that northern Egypt will be affected by an air depression, which is the first of this season, as of Tuesday, as temperatures drop significantly and significantly, and thunder showers sometimes fall along the northern coastal strip, including the city of Alexandria and an extension to the capital Cairo And North Sinai.