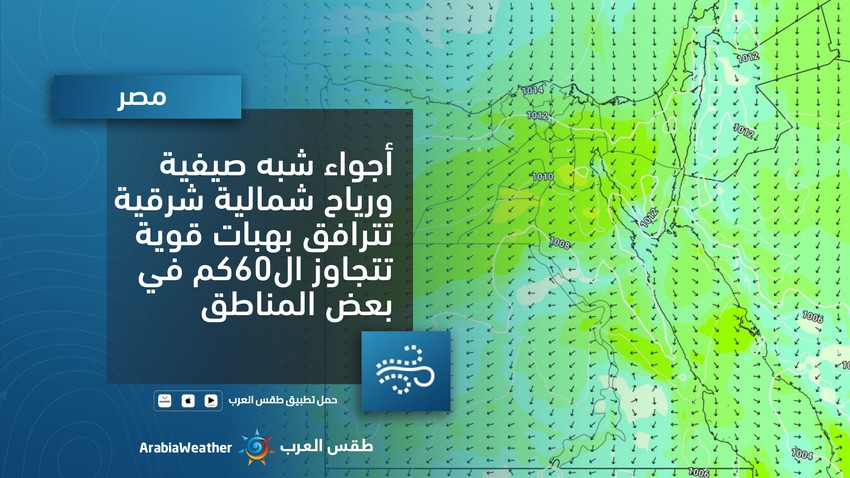 Arab Weather - The weather maps in the Arab Regional Weather Center indicate that Egypt will be more affected in the coming days by a hotter air mass coming from the African desert, where there is more rise in temperatures and the weather is hot to very hot during daylight hours, where the maximum temperature touches the limits of 40 degrees Centigrade in several cities and neighborhoods of Cairo and exceed it in the desert and interior regions of the Republic.

Due to the distribution of atmospheric pressures, the republic will be blown by active northwesterly winds, especially on Friday and Saturday, accompanied by strong gusts exceeding the 60 km/hour barrier in some areas, causing dust and dust to be raised, and possibly a decrease in the horizontal visibility in desert areas and roads, including northern Upper Egypt.

Nights are warmer than usual