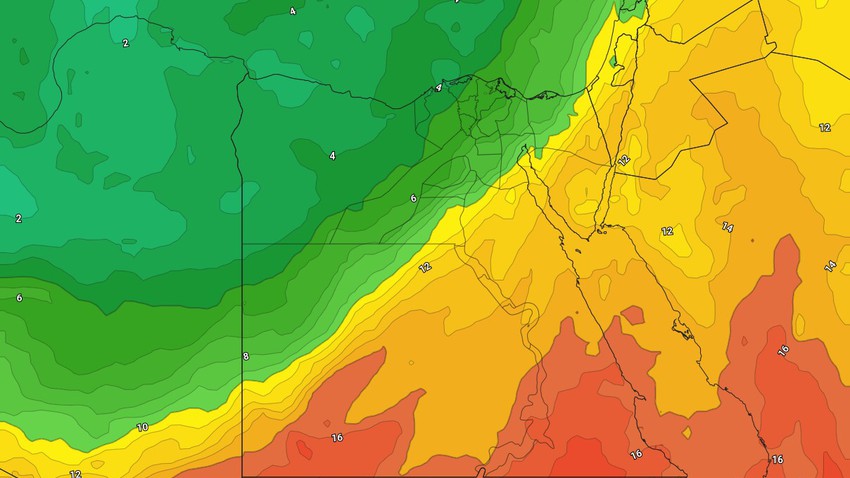 Weather of Arabia - Egypt is witnessing on Tuesday a significant and tangible increase in the temperature due to an eruption of a warm air mass from the African Sahara, as a result of the approach of an energetic depression in the central Mediterranean, which is expected to start its effect from Wednesday.

The cold air mass accompanying the air depression begins to cross the country's airspace from Wednesday morning and from the western region, where temperatures drop sharply and significantly over both Marsa Matrouh and the general western region, provided that the decrease in temperature includes Alexandria and the capital Cairo on Wednesday noon and evening, then the rest Eastern regions with night hours.

Showers of rain will fall all over the northern coast, including the city of Alexandria, on Wednesday / Thursday night and Thursday due to the concentration of the depression to the west of the island of Cyprus.

The chances of the formation of daily fog that the country witnessed during the past few days diminish, as with the crossing of the depression and wind speed activity, conditions become unfit for the formation of this type of fog.