Egypt | Temperatures will rise in the areas of Cairo and Lower Egypt, starting from Monday 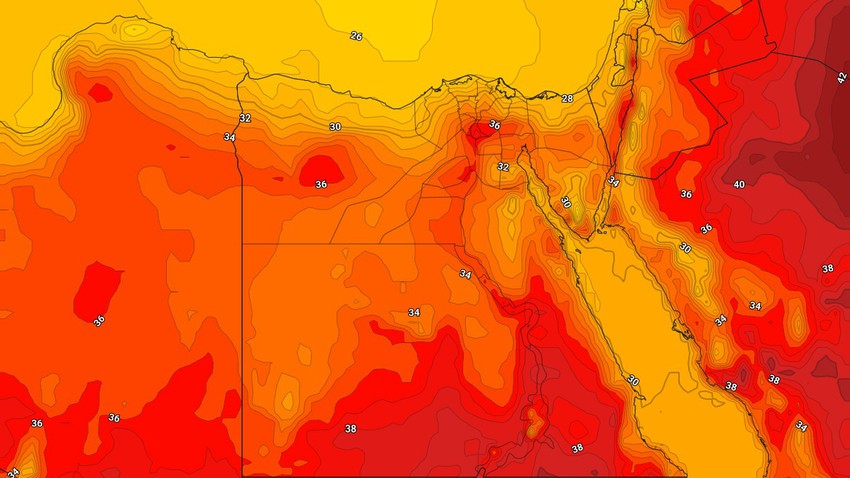 Arab weather - there is a rise in temperatures on Monday, to become higher than their rates for this time of the year by 2-3 degrees Celsius, and the weather will be relatively hot on the northern coasts, and hot to very hot in central and southern Sinai, the cities of the Canal, Lower Egypt and Greater Cairo, all the way to Until north of Upper Egypt, it is very hot in the rest of the regions, and low clouds appear on limited parts of the northern coasts, which may cause drizzle, and the winds will be north to northwest, moderate in speed, active in the afternoon in the northern regions, and they will cause light dust in some northern regions.

The Red Sea will have light to moderate waves, while the Mediterranean will be turbulent, which may disrupt some marine activities.

During the night hours, warm weather prevails in the northern regions and relatively hot in the rest of the regions. Humidity levels rise and water mist forms in parts of the northern interior regions, which may extend to some coastal areas, and the winds are north to northeast, generally light in speed.

For more details, see the detailed bulletin for five days.