Egypt | Temporary rise in temperatures on Wednesday and Thursday, and a new moderate mass at the end of the week 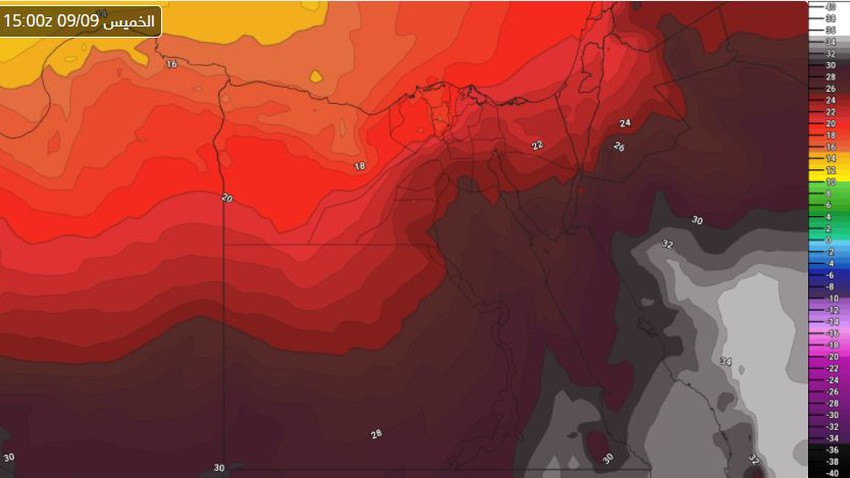 Arab Weather - The latest numerical maps processed internally in Arab weather indicate an expected temporary rise in temperatures on Wednesday and Thursday, following the rush of a hot air mass coming from the African desert that is working to raise temperatures to more than their normal rates, provided that they return to decrease again during the end of the holiday The week, God willing, and here are the details:

In the details, a mass of hot air currents coming from the African desert rushes on Wednesday, raising temperatures to become higher than their rates for this time of the year by 4-6 degrees Celsius, to prevail in a warm atmosphere in the northern coasts, and hot in the Lower and Greater Cairo regions. As far as northern Upper Egypt, the weather remains very hot south of Upper Egypt, with temperatures approaching the mid-40s.

The chance is generally weak for sporadic showers of rain on the western coasts of Egypt, and northwesterly moderate winds, active in the afternoon, and causing dust and dust in some areas, especially the cities of Suez and the coasts of the Red Sea and Matrouh, and the Red Sea will be turbulent, reaching a wave height of four meters . 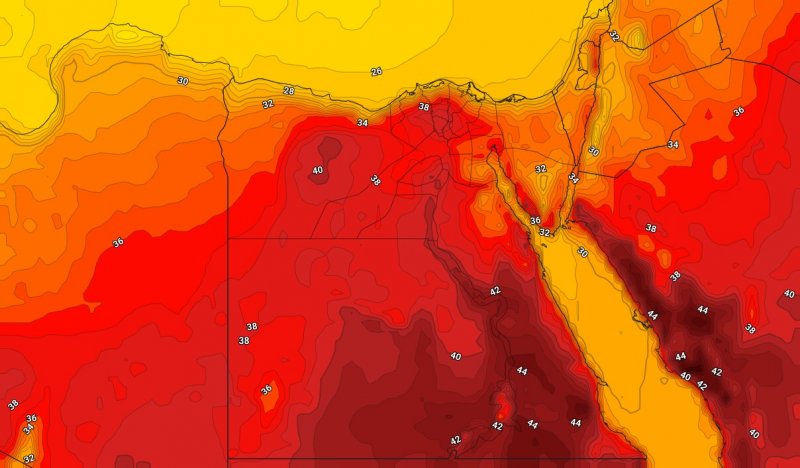 During the night hours, warm weather prevails in the northern regions, and tends to heat in the rest of the regions. Humidity levels rise and water mist is formed in parts of northern and central Sinai, and the winds are north to northeast, generally moderate in speed.

In this climate, Arab weather recommends not direct exposure to sunlight for long periods in the southern regions, drinking a lot of cold liquids and refreshments throughout the day, especially in the southern regions, and not leaving sterilizers and any flammable materials inside vehicles, in addition to not leaving children inside vehicles. Even for a short period of time.

Significant drop in temperatures in all regions

The latest weather updates indicate indications of a moderately hot air mass rushing towards the eastern Mediterranean during the weekend, bringing the temperatures down to lower than their annual rates for this time of the year, so that hot weather prevails throughout the northern regions, and the southern regions will not be immune from This decrease, bringing the temperatures to thirty in those areas.

This comes as a result of the control of a stubborn air rise in all layers of the atmosphere in the northwest of the African continent, which extends at intervals to the depths of the European continent, causing a significant rise in temperatures there, which worked to rush cold air masses towards eastern Europe, that is, around the area of the air altitude, and there is also an air rise The last aspects of Iran extending to the countries of West Asia, which worked to confine the cold air mass east of the European continent, with the expectation that it would extend towards the eastern basin of the Mediterranean, including Egypt.

Weather of Arabia: Dust waves form in the western parts of Egypt and a high concentration of dust in large parts of Lower Egypt