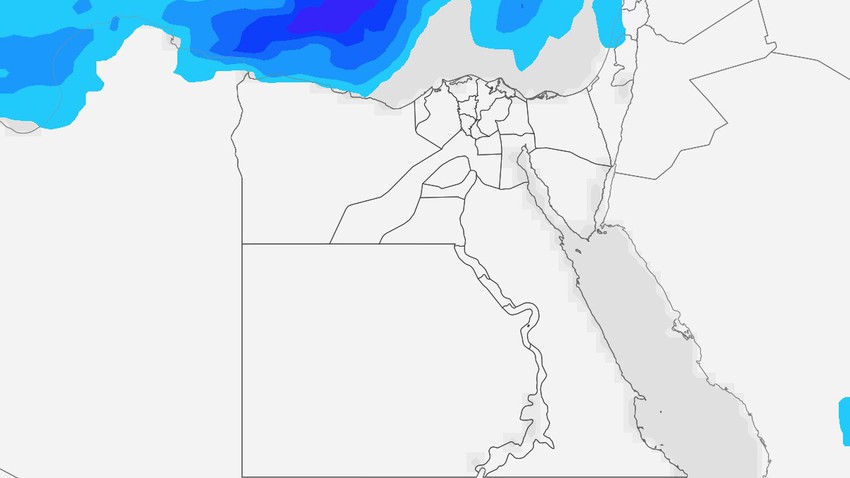 Weather of Arabia - The atmosphere returns to stability again during the weekend on the northern coast after being affected during Wednesday and Thursday by an air depression, and sporadic showers of rain fell across the city of Alexandria.

The air depression moves away from the area on Friday, and the weather stabilizes throughout Egypt, but temperatures remain low and below their levels for such a time of the year, and there are quantities of low clouds spread in the north of the country.

Approaching a new depression on Saturday

A new depression forms in southern Greece on Saturday, low clouds multiply on the northwestern coasts and showers of rain that include the city of Marsa Matruh, while the rest of Egypt is witnessing a stable atmosphere with activity in the speed of the dusty southwest winds in some areas.

The temperatures are slightly higher on Saturday compared to Friday, to become around their levels for such time of year as the weather remains cold.