Egypt | The continuing effect of the heat wave throughout the current week, with temperatures in most of the regions 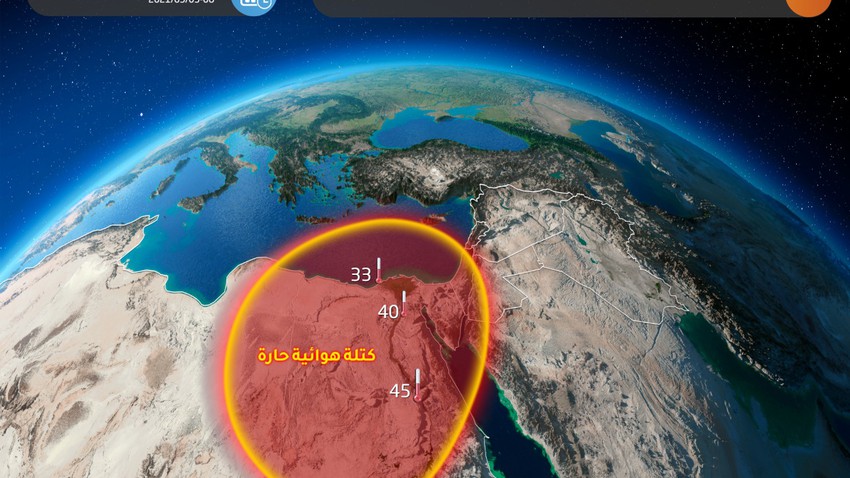 Arab Weather - The effects of the heat wave on the republic continue throughout the current week, so that temperatures are forty in most regions, and very hot and exhausting weather prevails during daylight hours and warm at night hours, and surface humidity levels decrease so that the weather is completely dry, amid indications of its decline Shy weekend.

Details of the heat wave over Egypt

More hot air currents flow in the atmosphere near the surface of the earth and coming from both the Arabian Peninsula and the African Sahara towards the eastern Mediterranean, including the Republic, which will lead to a tangible rise in temperatures as of Monday, and temperatures become higher than their usual rates for such a time. From the year around 8-10 degrees Celsius, and it is expected that the weather will be very hot and dry in the afternoon and afternoon hours in most regions, and temperatures are around 40 degrees Celsius in many cities and governorates of Egypt, and the winds will be northeasterly moderate, accompanied by active gusts that work on Dust and dust raised in some areas of North Upper, South Sinai and the western coasts, with the appearance of some clouds at medium and high altitudes.

Extremely hot weather in some areas throughout the day

The weather is very hot throughout the hours of the day in parts of the southern and central regions, with temperatures exceeding 45 degrees Celsius, including Aswan, Sohag, Assiut, and Minya, while the coastal areas overlooking the Mediterranean Sea, which are usually immune from the heat waves due to the flow of winds Less hot than the sea, it is expected to suffer from both things, especially because of the high levels of humidity that create an increased feeling of suffocating and hot weather compared to dry weather conditions. 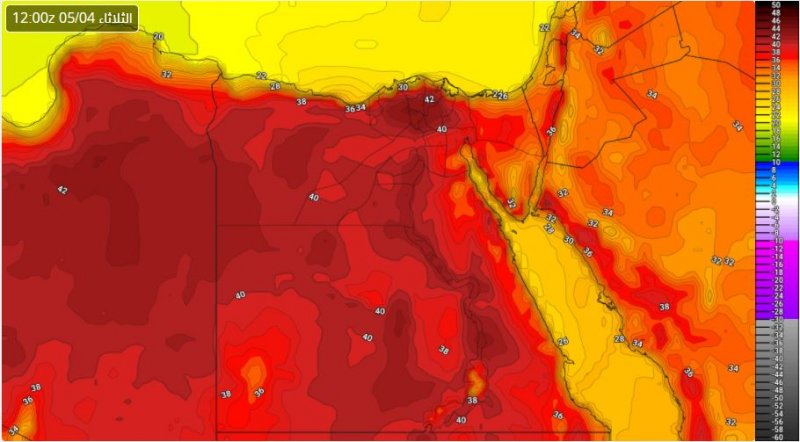 The second heat wave and the current spring are very hot

It is worth noting that the republic is affected by the second heat wave for this year, as the first was on 4/17/2021, as some areas of the republic crossed the 40-degree barrier in most regions at that time, and the next wave is the second wave, and the current spring season is distinguished. To date, at a high rate of temperatures, and this matter is attributed after the will of God to the eruption of moderate air masses in the north of the African continent, working to displace the warm mass in front of it, and because the upper basins are running from west to east in a counterclockwise rotational movement, hot air rushes from the west To the east, which contributes to the push of hot air masses from the African desert towards the eastern Mediterranean, including Egypt, and thus a rise in temperatures in the atmospheric layers close to the surface of the earth.

Important recommendations regarding the peak of the heat wave, which are recommended to be taken seriously:

In view of the expected intensification of the heat wave, there is a set of important recommendations that must be taken seriously in dealing with such an atmosphere, which can be summarized in the following points: