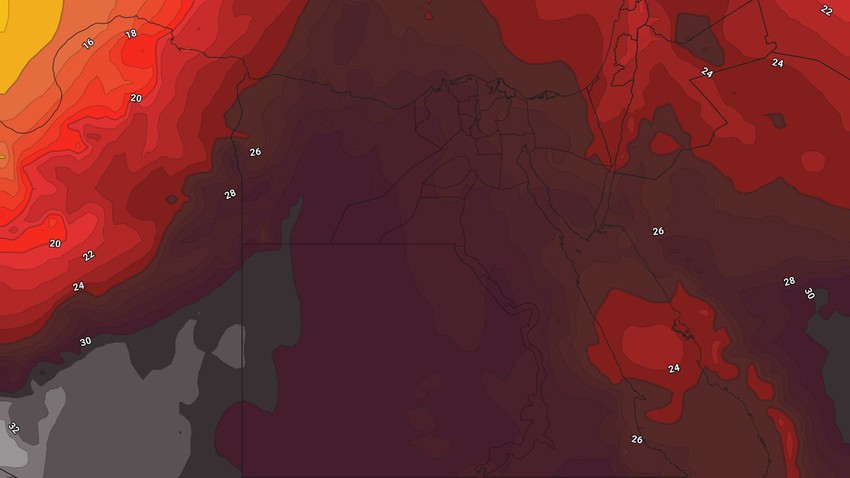 The effect of the extremely hot air mass on Egypt deepens on Saturday, so that the temperatures increase in addition and the weather is very hot in general, and the temperatures are in the early forties in the capital Cairo, with the emergence of high quantities of clouds, and the winds are fluctuating in direction and light to moderate speed is active sometimes In some areas, especially in the heights of the Red Sea, as well as southwesterly, moderate to active speed, and accompanied by strong gusts of dust and dust in the far northwestern regions.

There is also a significant increase in nighttime temperatures compared to the previous night, and the weather turns to be relatively hot and annoying in all regions, with the exception of the far northwestern regions in which the weather is gentle as a result of the blowing of northwest winds coming from the Mediterranean Sea, with the continued appearance of high clouds. The winds are variable in direction and light to moderate in speed, and are active occasionally in the northwestern regions, including the coastal areas.

Egypt | The beginning of low clouds flowing over the northern delta, accompanied by scattered rain and increased chances of rain during the coming hours