Egypt | The impact of the heat wave on the capital, Cairo, intensified on Monday 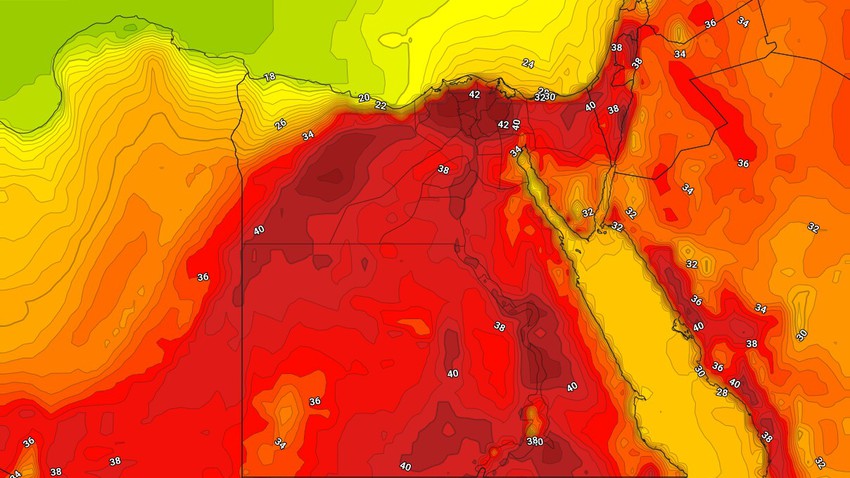 Weather of Arabia - an intensification of the heat wave occurs on Monday, and the weather is hot to very hot, and the temperatures are at the beginning of the forty Celsius in the capital, Cairo, but a retreat will occur on the intensity of the heat wave in the far northwest regions, so that a warm atmosphere prevails without the rest Areas of Egypt, with the emergence of high clouds, and the winds will be southeasterly to southeast with moderate speed and accompanied by active gusts that raise dust, and they are northwesterly moderate to active speed, accompanied by strong gusts in the far northwest regions.

There is a clear decrease in the night temperatures compared to the previous nights, and the weather turns to be cooler in the western regions, pleasant in the northern regions, and warm in the rest of the regions, with the continued appearance of high clouds, and the winds are moderate to active in speed, and are accompanied by strong gusts that raise dust and dust. Dense in the western regions, and the winds are variable in direction and light to moderate in speed, sometimes active in the rest of the regions.

Egypt | After the current hot mass... a radical revolution is expected in the atmosphere at the end of the week