Egypt: The impact of the hot mass on the country deepens, and the temperature approaches 45 degrees in some areas during the weekend 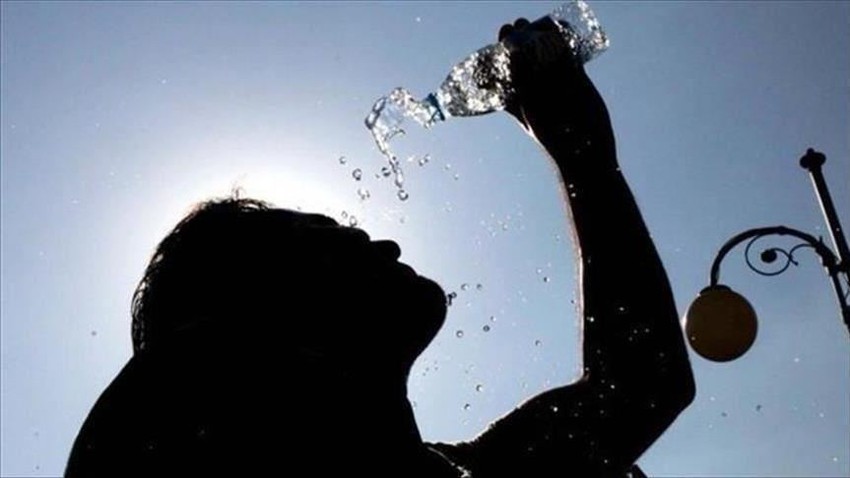 Arab Weather - Despite the normal effect of the hot air mass on most areas of the eastern Mediterranean, the latest outputs of the numerical models operating in the Arab Weather Center indicate expectations of an intensification of the influence of the hot air mass on Egypt for the next two days, as it is not excluded that the maximum temperatures will approach In some key areas of 45 degrees Celsius this weekend.

Very hot weather for most of the next two days

Regarding the details, a hot air mass is expected to rush from the African desert towards Egypt, which will lead to another rise in temperatures on Saturday 11-6-2022, and temperatures will become higher than their usual rates for this time of the year by more than 10 degrees Celsius. The weather is expected to turn very hot and dry in general in most areas, especially in the afternoon and afternoon hours, with temperatures around 45 degrees Celsius in many Egyptian villages and cities, including the capital, Cairo. 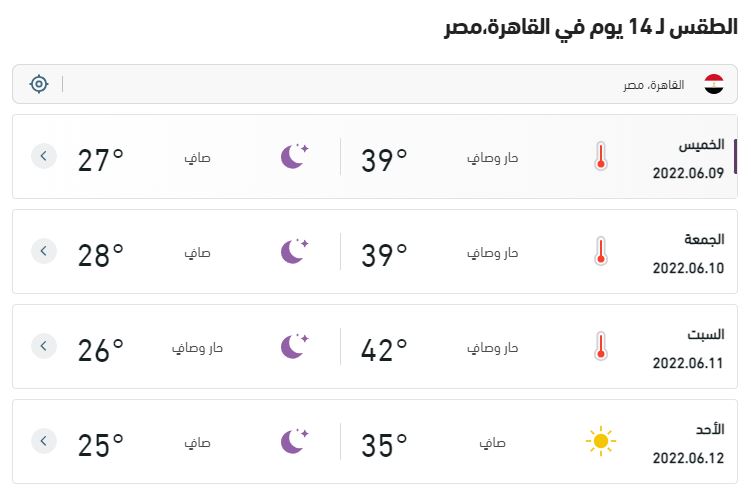 The air erosion comes as a result of expectations of a rush of less hot air from the European continent to the middle of the Mediterranean. On the other hand, in such weather patterns, a reverse state of air flow occurs, so that this flow of less hot air is accompanied by another flow of hot air in the form of a belt of hot air that extends to areas Eastern Mediterranean and Egypt and accompanying the impact of an atmospheric high in the high layers of the atmosphere.

A set of recommendations to deal with this hot weather: