Egypt | The temperature is approaching 40 on Tuesday, and serious warnings of heat stress and sunstroke 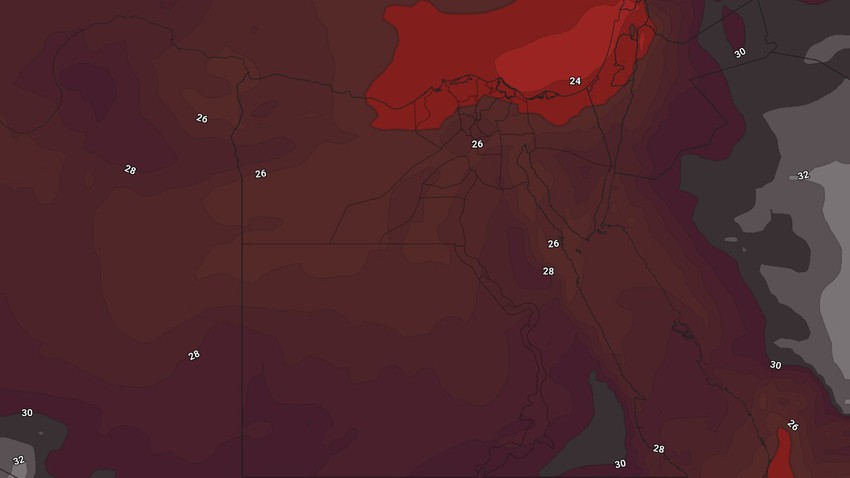 Arab Weather - The weather forecast staff warned in the Arab weather of a further rise in temperatures in the Republic of Egypt tomorrow, Tuesday, so that a flaming and stressful atmosphere prevailed in general.

Detailed weather forecast for the next 5 days

Extremely hot and exhausting weather in the Republic of Egypt

In the details, it is expected that the Republic of Egypt will continue to be affected by a hot air mass coming from the desert of the Arabian Peninsula, so that temperatures will rise to levels approaching the 40 degrees Celsius barrier in the capital , Cairo , and thus a hot and exhausting atmosphere will prevail, while approaching 45 degrees Celsius in the southern parts of the city. Republic. 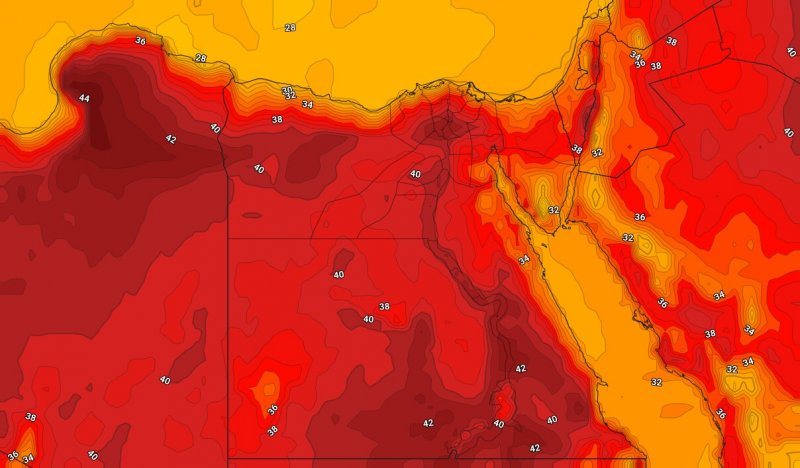 During the night hours, warm weather prevails in the northern regions, and relatively hot in the rest of the regions, and clouds appear at different heights and the opportunity is ripe for showers of rain accompanied by thunder in the far south of the Republic. Lower Egypt and North Matrouh , it may extend to some coastal areas, so the Arab weather warns of a decrease in the extent of horizontal visibility and perhaps its absence in some areas due to the water mist on the desert and agricultural roads to and from Lower Egypt and North Matrouh.