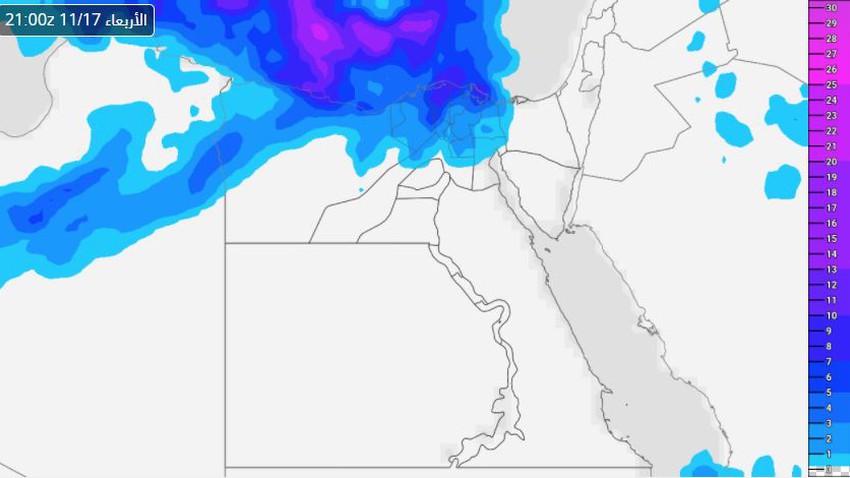 Arab weather - The computer maps operated internally in Arab weather indicate that Egypt is affected by an extension of an air depression in conjunction with a flow of moisture with tropical characteristics, which works to multiply rainy clouds over some northern areas during the next two days, and here are the details:

Unstable weather conditions with thunderstorms in some areas

In the details, it is expected that weather fluctuations will begin with daytime hours on Tuesday in Matrouh Governorate and the western coasts, so that there is a chance of rain showers, which will be heavy in some geographical areas, and during the evening and night hours of Tuesday / Wednesday, the chances of rain expand to include parts of the delta, especially the north In the delta, the rains are mostly subtle to moderate in intensity. They may be heavy in some geographical areas, which raises the possibility of a rise in the water level on the roads in some areas. 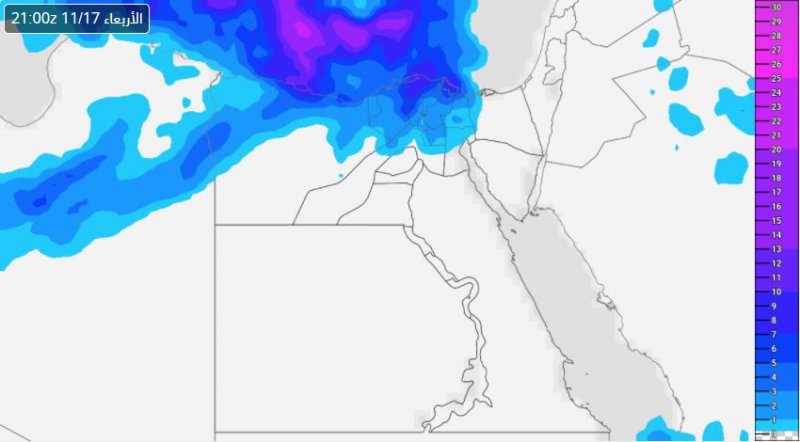 Rain chances increase with the dawn and morning hours of Wednesday to include parts of the north, central and southern delta, and the chances of rain may extend to include Greater Cairo for a short period in general, and these rains are generally light to moderate in intensity, and are sometimes accompanied by lightning and thunder.

The chances of rain gradually recede from most areas during the daylight hours of Wednesday, with the chance of some local showers remaining on some limited areas of the northern coast, and surface humidity levels rise at night and water mist is formed in some northern areas.

A polar week awaits the Middle East.. 10 things you should know about the upcoming frigid polar wave

Watch the video of the moment of the eruption of the Tonga volcano in the Indian Ocean, as detected by satellite images operating in Arab weather