Egypt | Very hot weather and the temperature is approaching 40 degrees Celsius in Cairo in the coming days, and this is the time for the atmosphere to break 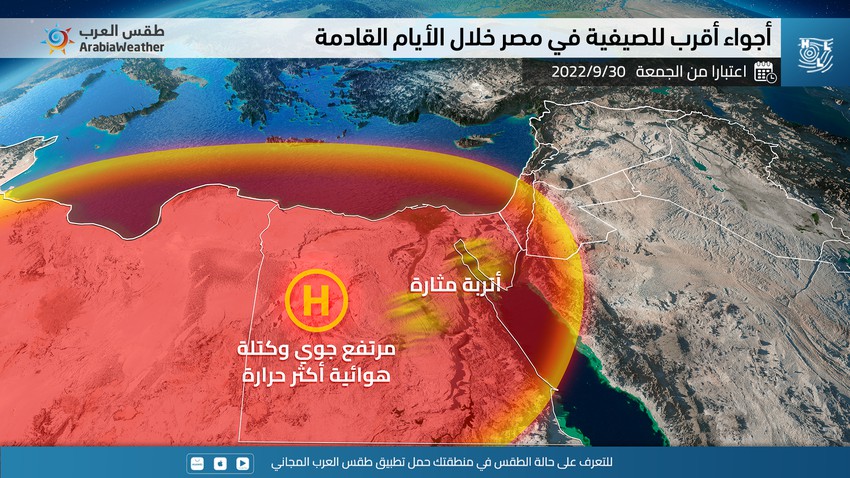 Arab Weather - Weather maps through the internally developed Badr system in the "Arab Weather" center show expectations that Egypt will continue to be affected in the coming days by air currents with temperatures higher than their usual rates, so that the weather will be hot to severe in most areas, God willing.

In the details, it is expected that the regions of western Europe, up to the northwest of the African continent (the Maghreb), will be affected by a relatively cold and humid air mass, which is accompanied by the formation of an air depression in those areas, and as a result, temperatures will rise additionally during the coming days to reach their peak on Saturday, to approach at that time. The temperature is from 40 degrees Celsius in the northern regions.

According to the same weather maps, the weather is expected to be relatively hot and humid on the northern coast, and hot on the northern regions, all the way to Greater Cairo. The afternoon hours will turn very hot for a short period, while it will be very hot in the rest of the regions, including Upper Egypt, all hours of the day, and northeasterly winds. Moderate speed, sometimes active and causing dust and dust in many areas, especially desert roads and open areas, while the atmosphere is warm and humid at night in the northern regions, and relatively hot in the southern regions.