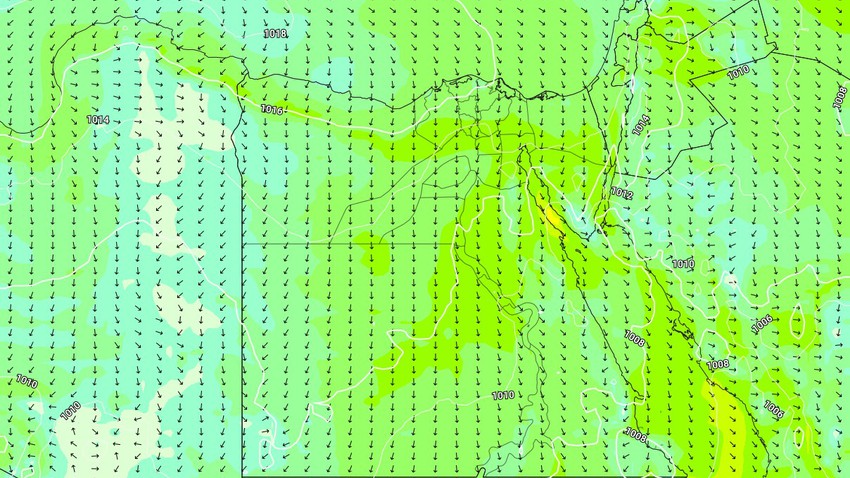 Arab Weather - The outputs of computer simulation systems for wind forecasts and dust movement in Arab weather indicate an expected continuation in the activity of the northern winds, with some of their gifts reaching 60 km/h, and these winds are considered sufficient to raise dust levels in the atmosphere in conjunction with a slight rise in temperature during the coming days .

The temperature will rise a little in the coming days

There will be a slight rise in temperatures during the coming days in all regions of Egypt compared to the previous days, while they remain below their normal rates, so that generally moderate weather prevails in the coastal areas and hot in the Delta, Greater Cairo, Sinai, the coasts of the Red Sea and northern Upper Egypt, so that the temperatures are in The mid-thirties, while the southern parts recorded temperatures in the early forties, with hot to very hot weather prevailing. 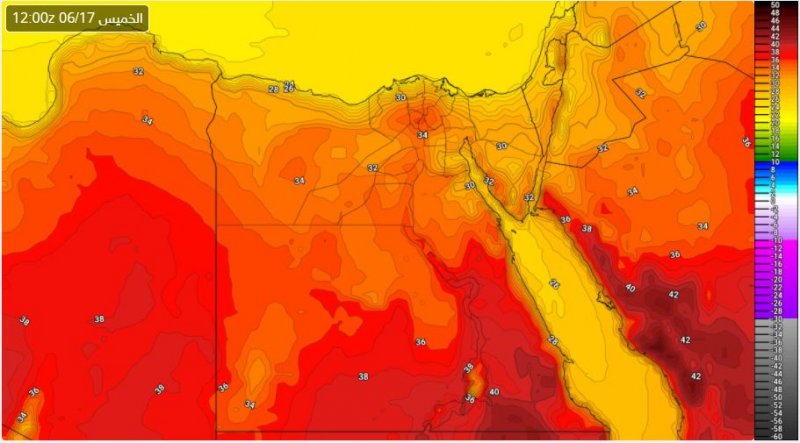 During the night hours, the weather is pleasant in the northern regions and mild in the rest of the regions. Humidity levels rise and water mist is formed in central Sinai, the cities of the Canal and parts of Lower Egypt and Matrouh regions.

Wind activity will continue in the coming days, as northerly to northwesterly moderate winds blow, sometimes active in large parts of Egypt, accompanied by strong gusts sometimes, especially the coast of the Red Sea and the Gulf of Suez, where they raise dust in some areas, including the capital, Cairo. The waves are high in the Red Sea, especially the Gulf of Suez, which disturbs the movement of navigation and some marine activities, while it is moderate in the Mediterranean. 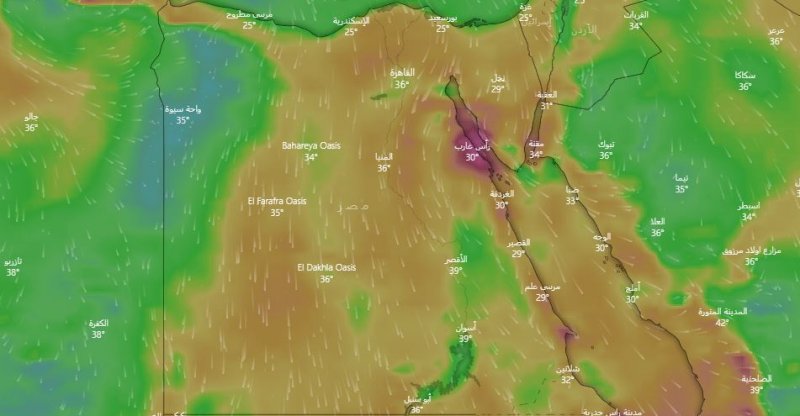 Regarding these expectations and their direct impact on public life, it is worth alerting road users in general and external ones in particular of the low range of horizontal visibility, and it is also worth alerting respiratory and eye patients to the need to follow the necessary precautions to deal with such weather conditions, and we ask God for safety. For everyone.