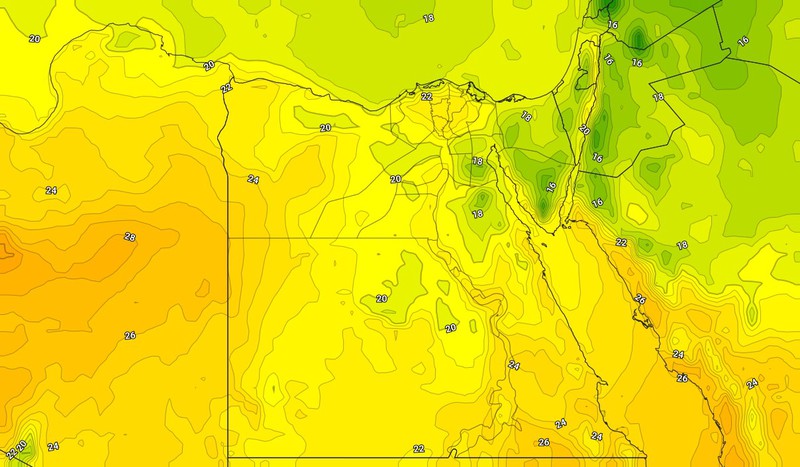 Weather of Arabia - The latest weather maps indicate expectations of stable weather in all regions of Egypt on Wednesday, with a decrease in temperatures, to become slightly below their usual rates in most parts.

In the details, it is expected that the weather will be relatively cold in the early morning hours in most parts, with the formation of watersheds in different parts of the north of the country, while it will be pleasant during the day in the northern regions all the way to Greater Cairo, and it will be hot in the rest of the parts, with the appearance of clouds. Scattered at different altitudes, it may be associated with light showers of rain on limited parts of the northern coast, and winds are moderate in speed in most areas.

As for the night hours, the weather will be relatively cold at the beginning of the night, turning to cold in the late hours of the night and early morning in most parts, with the formation of water clouds in central Sinai.