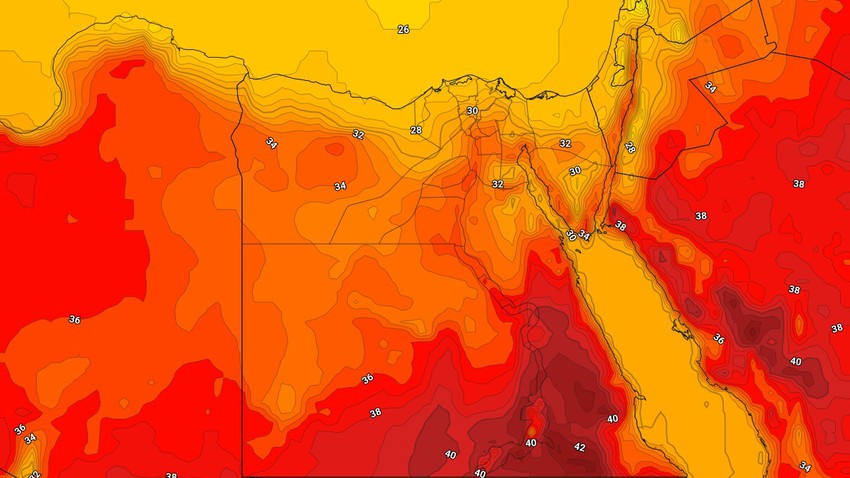 Arab weather - It is expected that the effect of the upper altitude will gradually weaken and the accompanying air mass during the coming days, so that temperatures tend to drop to become around their rates for this time of the year, and the following are the details:

More drop in temperatures in the first half of the week

Relatively hot to hot weather in the northern regions

In the details, marine air currents from the Mediterranean rush, so that temperatures tend to drop slightly during the next few days in all northern regions to return to their rates for this time of the year, while the weather remains very hot in the southern regions, and the winds are northwest in the regions. The north is moderate in speed, active in the afternoon, and it causes dust and dust in some northern areas, especially the cities of Suez, and the opportunity is ripe for local showers of rain in the southern parts. 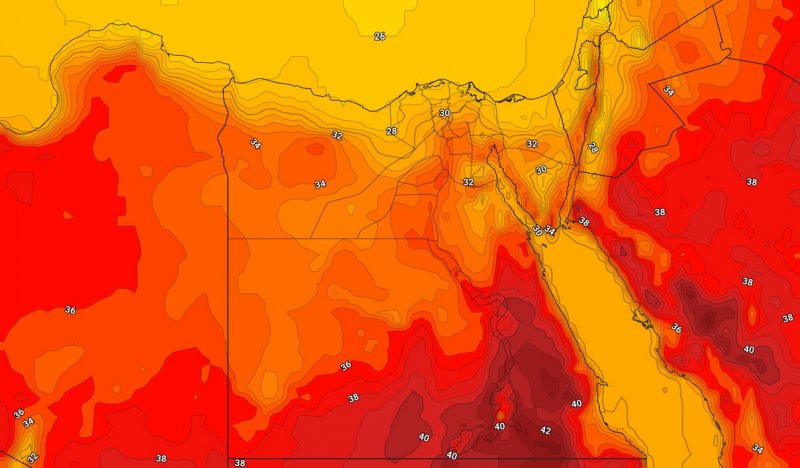 During the night hours, warm weather prevails in the northern regions, and tends to heat in the rest of the regions. Humidity levels rise and water mist is formed in parts of northern and central Sinai and western Matrouh, and the winds are north to northeast, generally moderate in speed.

As of Wednesday, T. Qterp from Egypt lane coming from the African desert air mass, to tend temperatures rise again to become higher than the rates ratio for this time of the year, hot weather to prevail to the extreme heat in most areas, and be an opportunity ripe for heavy local showers of Precipitation on the northern coastal areas, and parts of the southern region.

In light of these conditions, the weather of Arabia recommends: