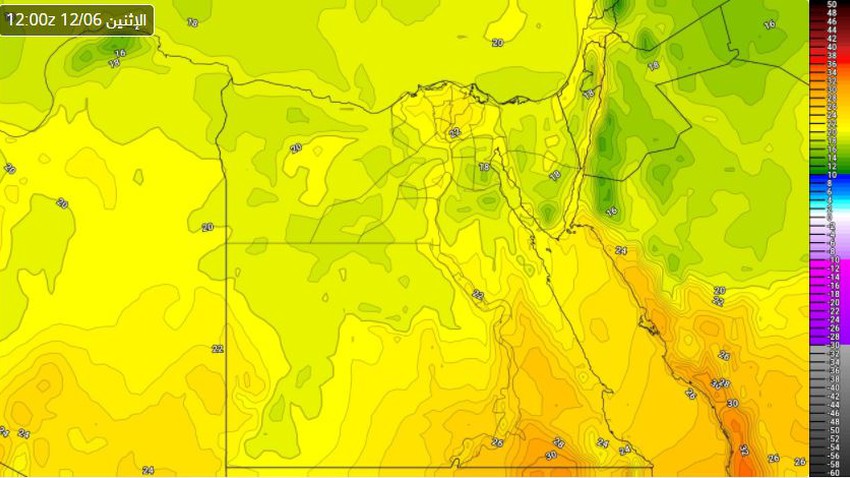 Arab weather - The effect of the depression is expected to decline in the country's atmosphere on Monday, so that temperatures rise slightly, and the weather stabilizes in all regions, including coastal ones, God willing.

If you are browsing from your phone, you can download the Arab Weather application, which provides accurate weather forecasts for thousands of regions in Egypt.

A decrease in wind speed activity on Monday, and its renewal on Tuesday

Stable weather in all regions on Monday and Tuesday

In the details, the country is controlled on Monday by a system of high air pressure, which ensures the stability of the atmosphere in all parts, and the temperatures rise slightly while remaining within their normal rates for this time of the year, and pleasant weather prevails in the northern regions all the way to northern Upper Egypt, It is moderate in the south, with the appearance of clouds at high and medium heights in the sky of the country, with variable winds in general and light to moderate speeds.

Stable weather continues on Tuesday, with an air depression approaching the country, centered in the south of the European continent, and the southwest winds are active in most parts, especially the west, and raise dust and dust, which reduces the horizontal visibility in many areas, especially desert roads.