Egypt - Weekend | The hot air mass deepens and temperatures of forty in the capital, Cairo, with the activity of the dust-raising winds 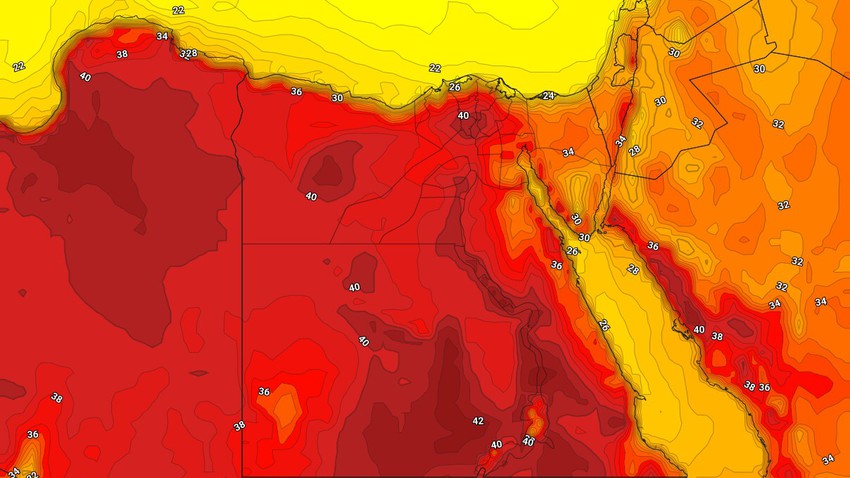 Arab Weather - The influence of the Republic of Egypt is deepening on Friday by the hot air writing rushing across the Libyan lands, so that there is a further rise in temperatures to be higher than their normal rates for this time of the year by about 11-12 degrees Celsius, and the weather is hot to very hot in different Regions and temperatures in the capital Cairo touch the barrier of 40 degrees Celsius, with clouds appearing at medium and high altitudes, and the winds are north to northeasterly moderate in speed, sometimes active and accompanied by strong gusts, especially in the far northern regions, including Alexandria and Cairo, and cause dust and dust at Its activity.

There is also an increase in nighttime temperatures compared to the previous nights, and the weather is warmer than usual in all regions, and the winds are north to northeast, light to moderate speed, sometimes active over the northern regions and sometimes accompanied by some strong gusts. 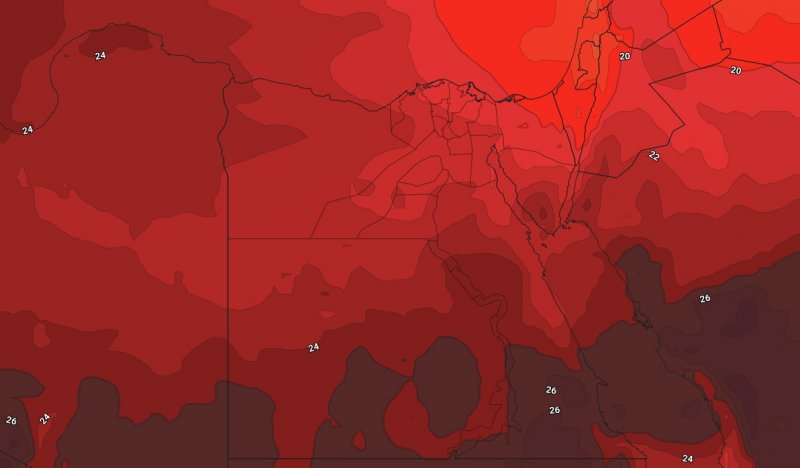 The following map represents the computational modeling of the distribution of air masses in the lower layers of the atmosphere, and is provided through the Badr Numerical Modeling System.

Temperatures remain above their normal rates for this time of the year by about 11-12 degrees Celsius, and the weather continues to be hot to very hot in various regions and temperatures in the capital Cairo touch the 40 degrees Celsius barrier for the second day in a row, with clouds appearing at medium heights. And high, and the winds will be northeasterly moderate for speed activity, and are accompanied by strong gusts that cause dust and dust to stir up many and wide areas of the republic, as well as work at wave heights in the Gulf of Suez and the shores of the Red Sea.

The weather remains warm during the night hours, and the winds will be north to northeasterly light to moderate speed, sometimes active and accompanied by strong gusts in some areas.

1- The danger of a reduced horizontal visibility due to dust and excited dust.

2- Attention by patients with respiratory system and eyes of the risk of complications due to the increase in dust in the air.