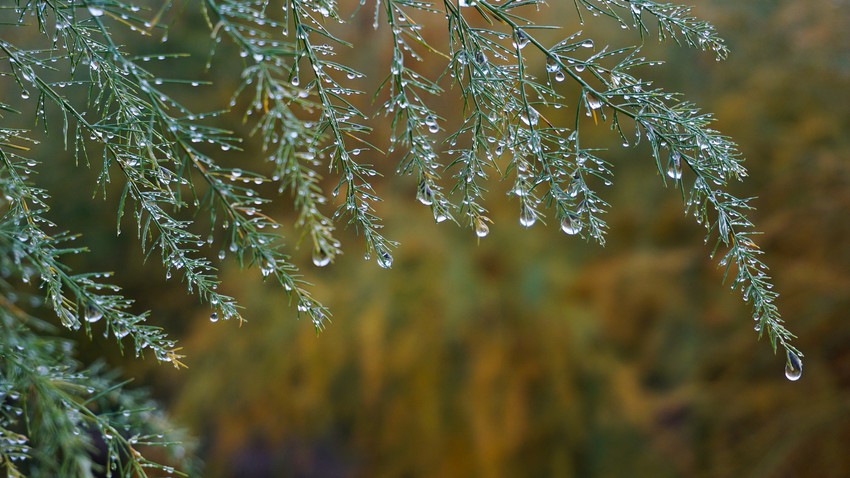 Arab Weather - The weather forecast staff in "Arab Weather" looks with optimism at the atmosphere for the remainder of the current month in terms of the continued influx of air depressions that carry cold and rainy weather for the eastern Mediterranean and Egypt, God willing.

In the details, the region is on a date with an air depression on Sunday 23-01-2022, so that rain falls in parts of the northern coast, and extends to parts of the delta and Lower Egypt, amid expectations of an additional decrease in temperatures in most areas and the rule of cold weather, and the same depression moves. The weather on Monday, God willing, is far from the region, but the remnants of the cold air mass associated with it are expected to keep the opportunity for scattered and intermittent rainfall in parts of the north of the country.

According to the numerical simulation indicators of the atmosphere, another air depression will affect the region, God willing, on Tuesday, and it is accompanied by a very cold mass, so that sporadic showers of rain will fall on parts of the northern coast all the way to the northern delta.

It is expected that the very cold air mass accompanying the air depression will work on Wednesday 26-01-2022 so that there will be a decrease in temperatures and will be several degrees below their usual rates for this time of the year, and remarkably cold weather prevails throughout the northern parts of Egypt, amid remarkable activity Northwest winds, accompanied by strong gusts sometimes exceeding the 60 km/h barrier, raise sand and dust, and possibly sandstorms, especially on desert roads and open areas.

Amounts of clouds appear at different heights on the same day, and the opportunity is gradually created for showers of varying intensity to fall on parts of the northern coast, the delta, Lower Egypt, Matrouh and Sinai, and extending to limited parts of Greater Cairo, God willing.

More weather events are expected in the region, including Egypt, in the coming period

In view of the continued presence of air masses over the eastern Atlantic Ocean and western European continent, and despite the long period of time, the indicators of the numerical simulation of the atmosphere show that the opportunity is still favorable for the recurrence and continuity of the trend of cold air masses from the eastern European continent and the Balkan regions, and the last areas are considered The main nutrient for the eastern basin region of the Mediterranean Sea in terms of the emergence and development of winter air depressions, so the opportunity is still favorable, God willing, for more weather conditions and depressions, where more rain is expected, God willing.