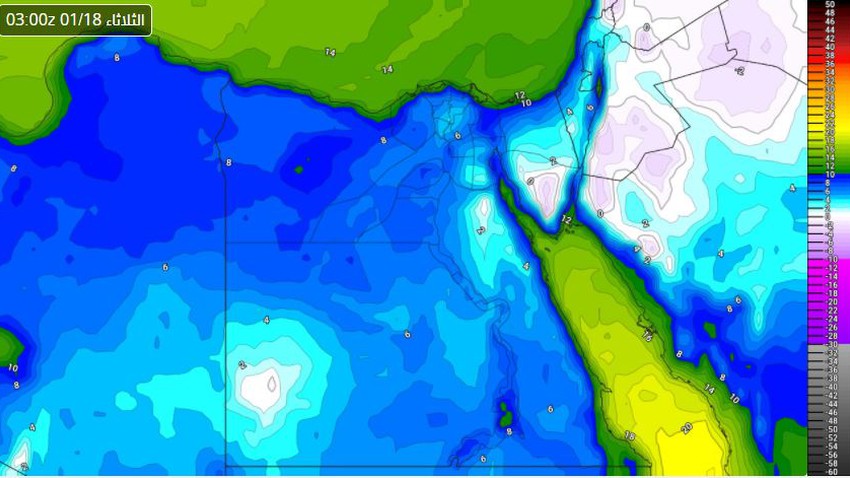 Weather of Arabia - The northern parts of Egypt were affected on Sunday by a cold front, after which rain fell on many northern regions. It is expected that the same front will move south on Monday, with cold polar winds rushing behind it and of Siberian origins.

Chances of rain include new areas

Regarding the details, it is expected that the cold front will move in the southeast direction on Monday, to include chances of rain in limited and scattered parts of Minya, Assiut, Sohag, Qena and Luxor to the northern parts of Aswan. Random from the north of the country. 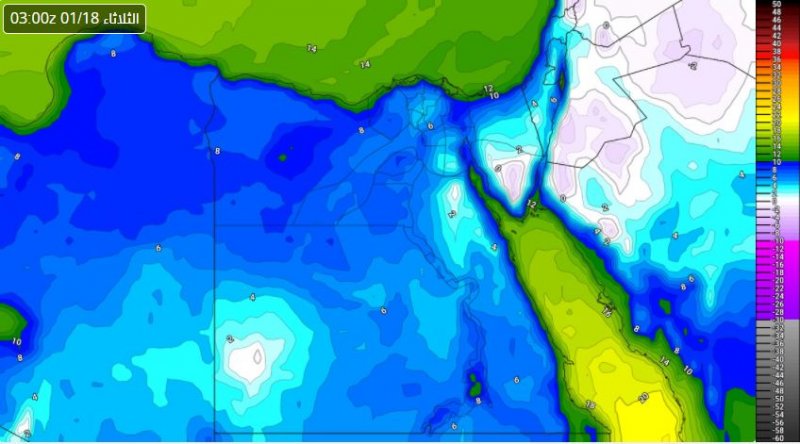 It is expected that cold, dry polar winds will rush from Siberia, so that there will be a sharp decrease in daytime temperatures compared to previous days, and they will be several degrees colder than their usual rates, and the tangible temperatures are very low, and temperatures continue to drop during the night hours. Very cold weather will prevail in most areas, God willing.