Egypt's weather: the five-year depression moves east and away from the country on Monday 03-07-2022 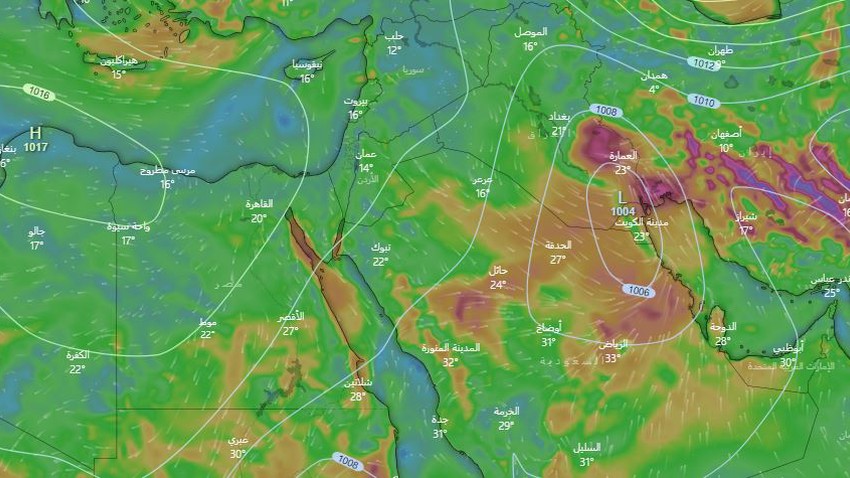 Arab weather - computer modeling maps indicate expectations that the depression will move eastward, away from the country's atmosphere, so that temperatures will drop again and return to their normal rates.

The Khamsini depression is moving east and away from the country

In the details, it is expected that the depression will move towards the east of the Iraqi territories, so that temperatures will drop again in all regions and return to their rates for this time of the year, and the wind speed will decrease in most parts, with the exception of the southern regions. The spring weather is pleasant in the northern regions and is often cloudy. 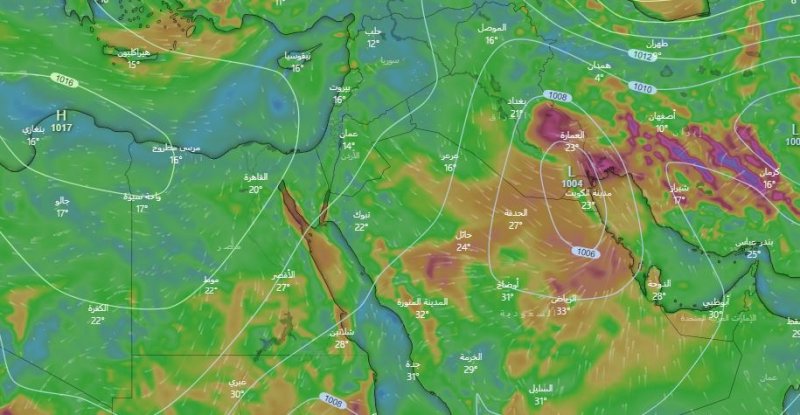 It is expected that the regions of the eastern basin of the Mediterranean will be affected, including Egypt, which will be exposed to the second pentathlon of the year by the end of the week. This is due to the high temperature in the northern part of the African continent compared to the temperature of the cold Mediterranean waters.