Eid cakes.. its history and stories of its manufacture in the naked world 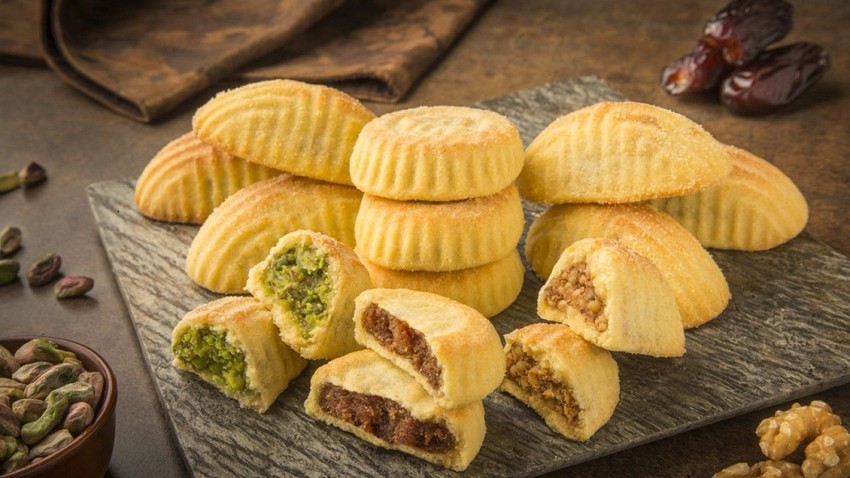 Arab weather - Despite some differences between a number of Arab countries in the manifestations of the celebration of Eid al-Fitr, Eid cakes or Maamoul remains one of the most important rituals of celebrating holidays for Muslims, whose making is always accompanied by the joy and joy of the advent of Eid. 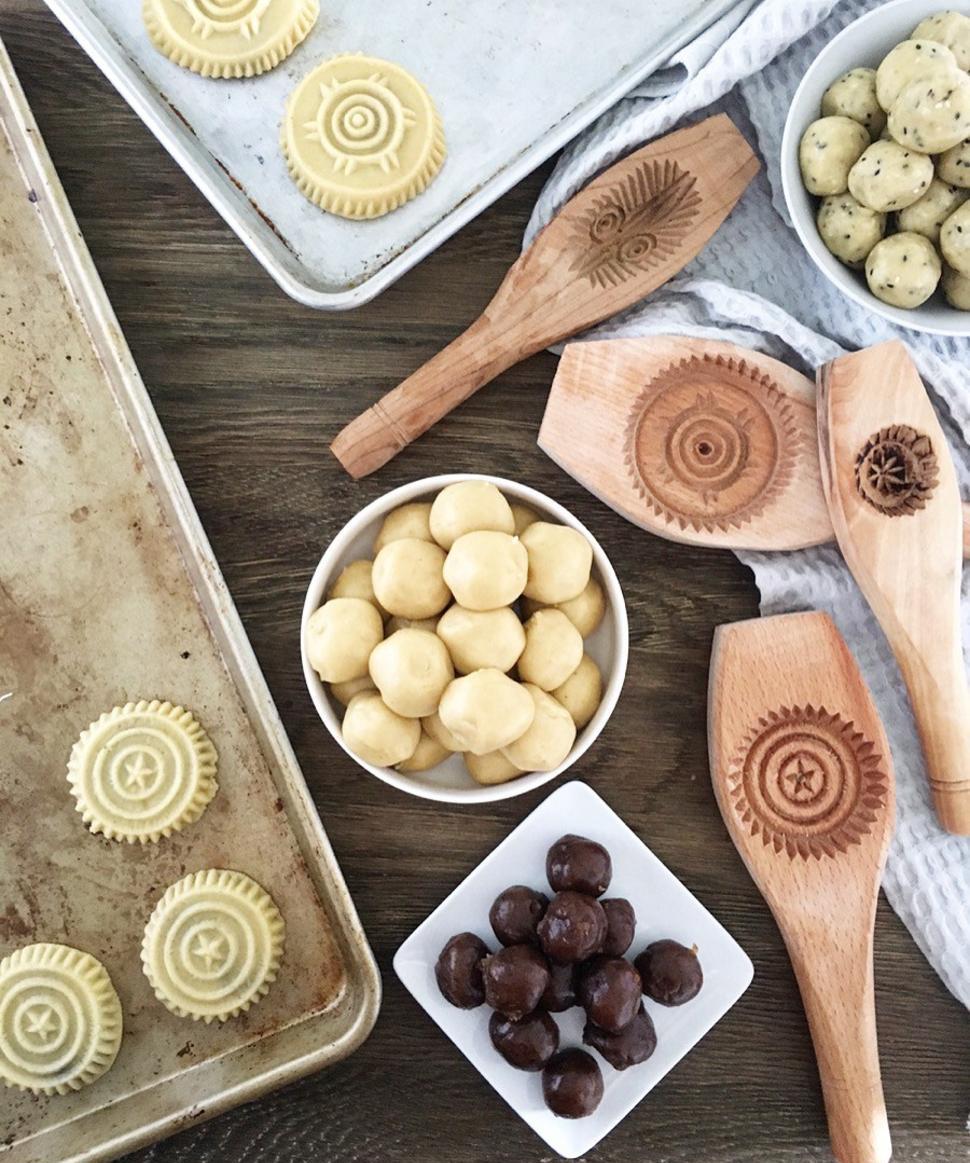 The origins of making Eid cakes

Researchers differed in the origins of Eid cakes, and opinions oscillated between its affiliation to ancient Egypt, or to Islamic history.

It was said that the history of making cakes dates back to the Pharaonic era, especially during the reign of King Ramses III, but the most correct opinion is that the tradition of Eid cakes known in our days goes back to Islamic history mainly, and that the ancient Egyptians made baked goods similar to cakes, but there is no evidence confirming transmission and inheritance This custom from ancient Egypt in its current form.

The researcher in Islamic history, Hassan Hafez, believes that the history of the tradition of Eid cakes actually began with the era of Ahmed bin Tulun, that is, since the era of the Abbasid state, and it was made and distributed on religious occasions; Especially Eid al-Fitr.

With the advent of the Fatimid era, the ceremonial manifestations associated with holidays were formed. The Caliph had a certain dress on each holiday; On Eid al-Fitr, there was the so-called "Dar al-Fitr", and this institution was responsible for all the necessary preparations for the celebration of the feast, including, of course, the manufacture and processing of "Eid cakes", which were distributed in very large quantities.

This custom created a close link between the celebration of Eid al-Fitr and the distribution of cakes, and then it became called "Eid Cakes".

On display in the Islamic Museum in Cairo are molds with phrases written on them, which were placed on cakes before distributing them, and among those phrases were sentences congratulating the public and private people on the feast, such as "All congratulations, all and thank you, with thanksgiving, blessings last."

In the modern era, the people of the Levant who immigrated to Egypt during the nineteenth and twentieth centuries and settled there played an important role in the development of the confectionery industry in Egypt, including Eid cakes and biscuits as well, as new techniques of craftsmanship appeared that added to it a sophisticated form, especially with the use of modern machines to replace the popular niqash Which women used to carve cakes in their homes before going to iron them in the ovens near them. 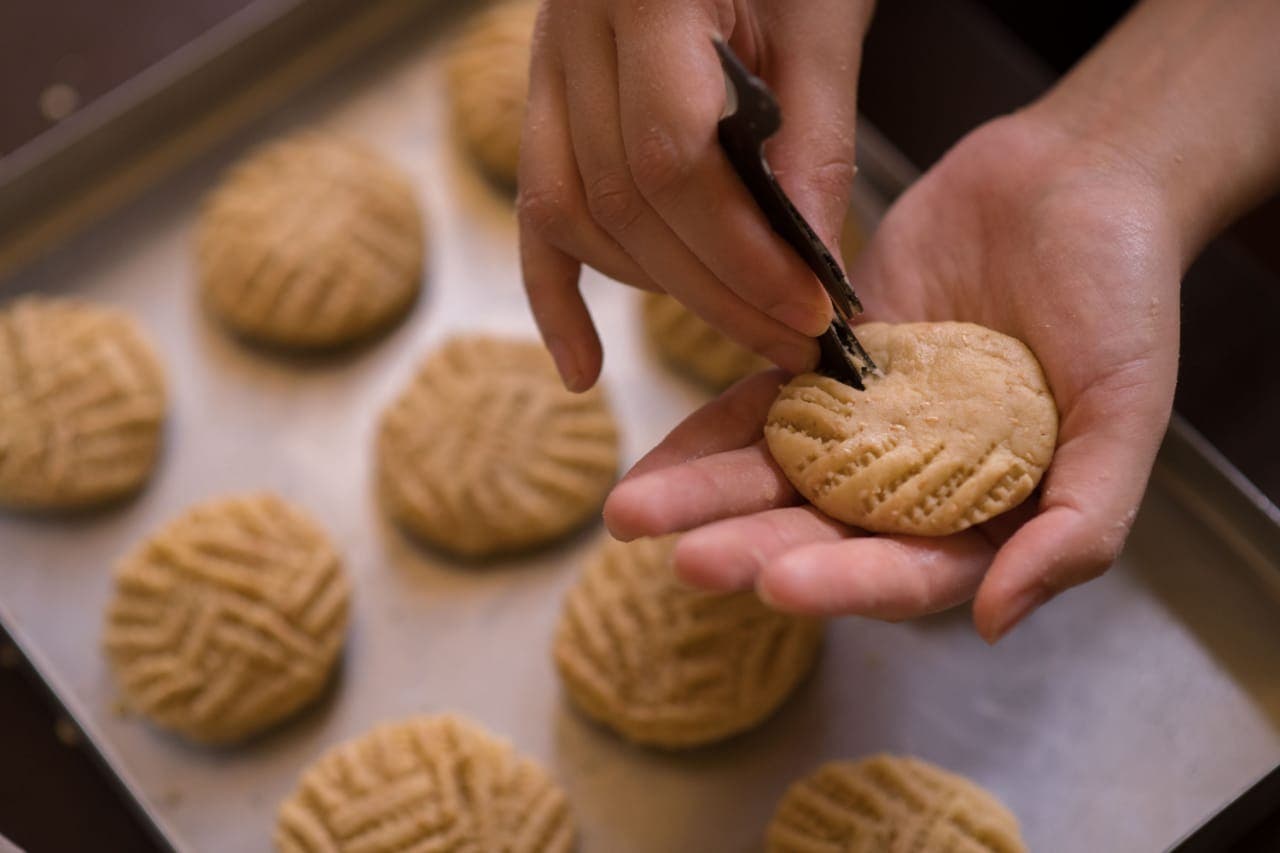 Making Eid cakes is a special joy, and many homes in Arab countries find that the last ten days of Ramadan are an opportunity to live that happy state of Eid, by making cakes at home among children, and perhaps it is a joy for adults as well.

In the Kingdom of Saudi Arabia, the Arab Gulf states and the Levant, it is called “al-maamoul”, and in Iraq it is called “al-Kalija”, and there is no difference between them in the method of preparation except that semolina is used in the maamoul, and it is not used in the kelegah, and it is stuffed with dates, nuts or pistachios Or walnut, but the most popular is dates, and there are those who put sugar on it or serve it without any additions to it.

In the countries of Yemen and Bahrain, cakes are made without using milk or ghee, and therefore it is in the form of pastries, and in Yemen it is called the forefinger or the plate, but in Bahrain it is called “al-Khanfroush”, with the addition of saffron on it.

Also, if we talk about the original origin of Eid cakes, in Egypt the term “cakes” is used as a standard Arabic language, while in the Egyptian colloquial dialect it is called “Kahk” for ease, and flour, municipal ghee and sugar are used in its preparation, and it has two types either to be stuffed With milk or nuts, or without filling, in both cases it is preferred to put ground sugar on it.

Topics that may interest you: An easy way to make a special semolina maamoul

With the passage of time, a "new daughter" of cakes or "Kahk", as some call it, was discovered, which is "al-Ghariba", which is used in many regions in Saudi Arabia, the Levant, Egypt and the Maghreb countries.

Ghriba is similar to cakes, whether in the way of preparation or baking, except that "vanilla" is added, which gives it a special taste and a different shape, and is decorated with pistachios or almonds during its preparation. 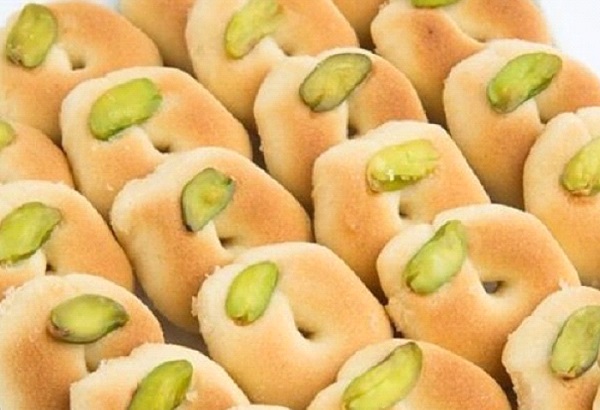 Topics that may interest you: Eid al-Fitr prayer..when and how to pray?