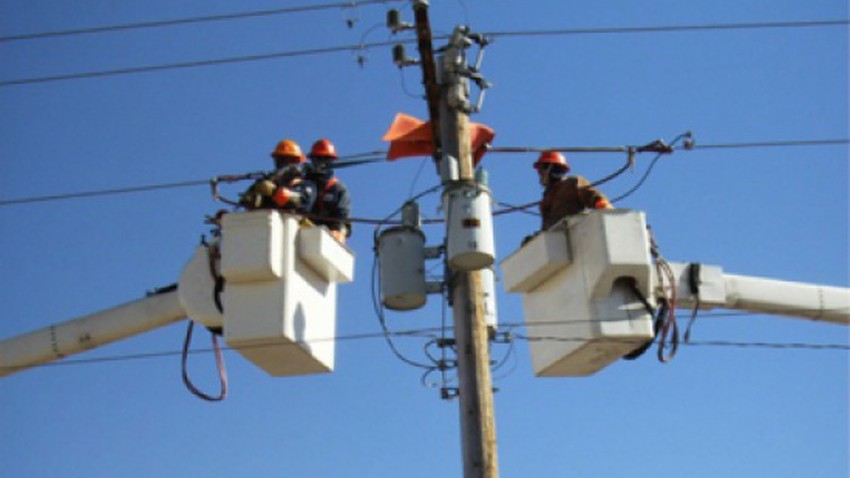 Weather of Arabia - The Director of Emergency at the National Electricity Company and its media spokesperson, Engineer Muhammad Saifan, said today, Monday, that the company received 122 observations yesterday, Sunday, and was dealt with quickly.

Saifan added that an "unprecedented" number was recorded in the electrical loads, as the loads last night amounted to only 2345 megawatts, resulting from the many uses of electric heating devices.

He explained that the company's cadres are present in the field, advising them to inspect the submersible pumps in low areas of the buildings so that electricity does not reach them, in addition to rationalizing consumption in order to increase the electrical loads.

The company had confirmed the readiness of its cadres working in its areas of competence in the central governorates (Amman, Zarqa, Madaba and Balqa) to deal with all weather conditions in the winter season, in a way that ensures the sustainability of the electricity supply.

The company said in a statement that its trained cadres are fully prepared to deal efficiently and professionally to implement the emergency plan that was prepared to meet all circumstances, especially the low air pressure that the Kingdom is currently affected by, based on its keenness to continue its services to subscribers with efficiency and competence.

In its statement, the company indicated that it has been strengthened and provided to all governorates within its jurisdiction with a stock of materials and necessary backup requirements, and that its cadres work around the clock and throughout the year to ensure the implementation of its annual plans in the fullest manner for the service of the homeland and subscribers, and to reduce the time of access to all sites when needed, especially in the season Winter through its modern mechanisms equipped with snow sweepers to speed up the completion of tasks

The company stressed that it attaches utmost importance to maintaining the safety of citizens and workers on the electrical networks, and focusing on delivering electricity to subscribers as quickly as possible, relying on modernization and development plans that it has begun implementing with the aim of providing optimal service in emergency and normal conditions, and removing obstacles that may cause disruption of the electrical current Caused by strong winds or snow

The company explained that it has implemented, over the past months, and in preparation for the winter season, an integrated program for the maintenance of the components of the electrical network, automation of substations to monitor and control them remotely, washing the insulators of medium voltage overhead lines with distilled water, and trimming tree branches intertwined with the aerial networks.

The company has also implemented several development and expansion projects for the electrical network at a cost of more than 40 million dinars for this year, including the establishment of new main and sub-transformation stations and the extension of new feeder lines, as well as strengthening the existing ones. Through the plan, a special project was completed to develop the electrical network that serves Subscribers in the areas of Al-Saro, Askany, Taiba, Customs, Kharabsheh, Al-Mayseh, and Dahiyat Al-Zohour, to avoid electrical outages during the winter period in the aforementioned areas by establishing a new main station next to Al-Ahliyya Amman University and converting a number of medium-pressure overhead lines into terrestrial cables

The company called on citizens during the winter to rationalize consumption as much as possible, and not to rely on heating on electrical media, to inspect submersible pumps on the ground floors, and to urgently report the rise in the water level to levels that may reach electrical wires and meters, and to install objects flying by the wind, which may cause cut off the power