Emirates | A little drop in temperatures on Tuesday, with Al-Bawareh winds blowing for the first time this season 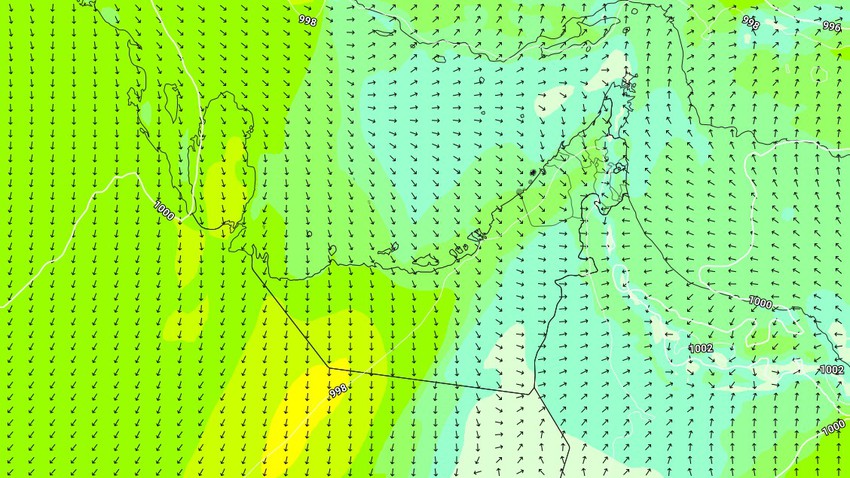 Arab weather - there is a decrease in temperatures on Tuesday to become slightly lower than their rates for this time of the year, and the weather in the Emirates is very hot in all regions, so that temperatures will record forty levels, especially in the interior regions, with the appearance of clouds at medium and high altitudes, and there is a possibility Weak for limited local showers of rain in parts of the southern regions, in the border areas with the Sultanate of Oman.

It is expected, God willing, that the northern winds (the Al-Bawarih winds) will blow over the western regions for the first time this season, to be moderate to active, with strong gusts that touch the 60 km/h barrier, and cause dust and dust in those areas. The winds will be westerly, light to moderate, active at times over the rest of the regions.

Temperatures at night are lower than they will be recorded during the day, and the weather is hot in all regions, and there is a significant increase in humidity as a result of the rush of moist air currents from the Arabian Gulf, so that it is not excluded that fog will form in many areas, especially the interior, and it is possible that the So thick that it warns of the danger of a decrease in the horizontal visibility in some areas, and the winds will be northwesterly light to moderate in speed, active at times.