Emirates | A rise in temperatures on Monday, and northwest winds continue to blow 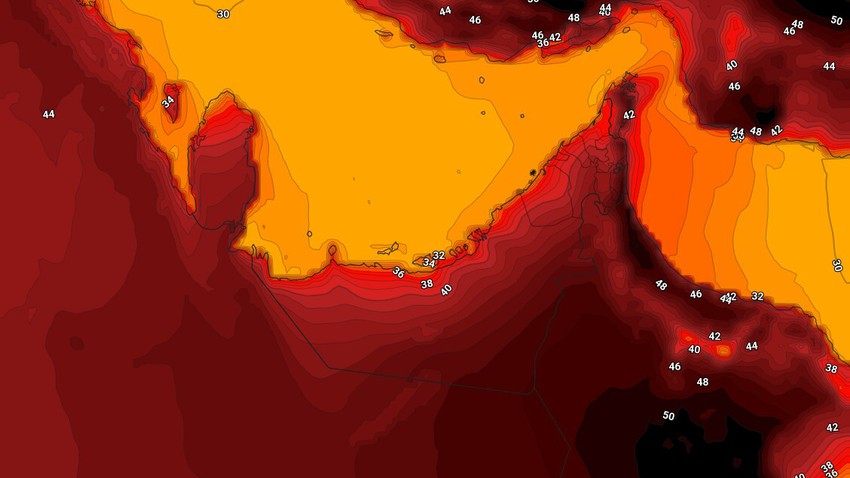 Arab weather - There is an increase in temperatures on Monday, and the weather is hot in summer to very hot in all regions, and temperatures approach the end of 40 degrees Celsius in some interior regions, with the appearance of clouds at high altitudes, and moderate-speed northwest winds continue to blow These are accompanied by active flashes that raise dust and dust in the open areas, and cause turbulence in sea waves.

Temperatures drop during the night hours, and the weather is relatively hot in all regions of the Kingdom, with an increase in humidity, and fog is likely to form in parts of the eastern interior regions, and the winds will be west to northwest, light to moderate in speed, and moderate to active speed over the regions. The coastal and eastern coastal areas in particular, in addition to the Strait of Hormuz, which causes a rise in waves and the rule of a rough sea in those areas, with waves turbulence on the coasts of the Sea of Oman.

See the details of the weather in your area for 14 days through the Arab Weather application, download it now.