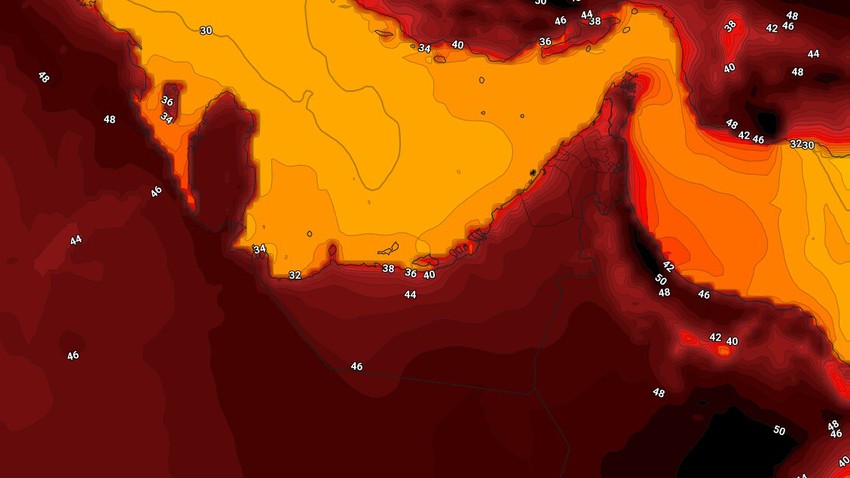 Arab weather - there is a rise in temperatures on Tuesday, and the weather is hot in summer to very hot in all regions, and the maximum temperatures exceed the middle of forty degrees Celsius, with the appearance of some clouds at medium and high altitudes, and the winds are northwesterly moderate speed, accompanied by active gifts that raise Dust in the open areas, especially the western ones, and leads to turbulence of waves and the rule of a turbulent sea at the Strait of Hormuz.

Relatively hot to hot weather at night, and there is a chance of fog

Temperatures drop in the night hours, and the weather is relatively hot to hot in general, and there is a decline in the chances of fog formation, with the possibility of fog forming in limited parts of the eastern coastal areas for a few hours, and the winds are volatile and light to moderate speed, sometimes active in some parts.