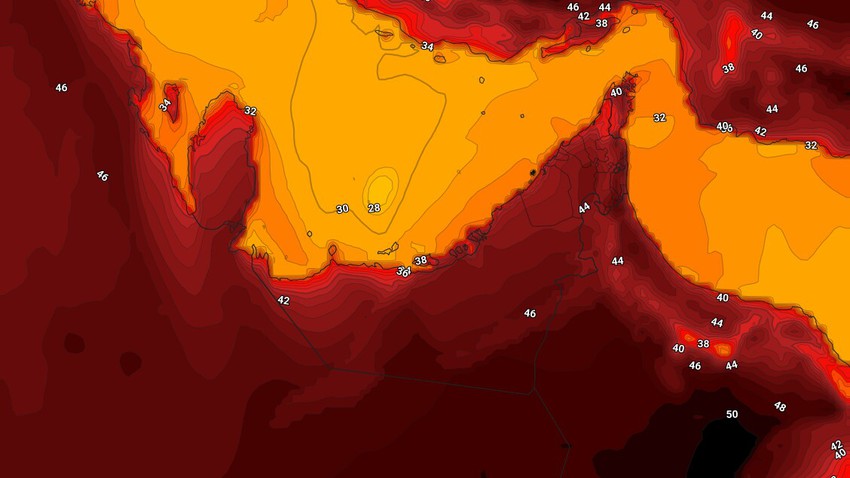 Arab weather - There is a slight rise in temperatures on Wednesday, and the weather will be hot to very hot in all regions, with the appearance of clouds at high altitudes, and northwesterly moderate to brisk winds accompanied by strong gifts in the western regions whose speed exceeds the 60 km / h barrier It works to raise dust and dust in those areas, and the sea is rough in the depths of the Gulf.

The weather during the hours of the first part of the night is relatively hot, it turns to become temperate during the late night, and there is a rise in humidity, and the possibility of fog formation in different areas, and the winds will be west to southwesterly moderate speed, and the sea will be rough in the depth of the Gulf and on the coasts of the country .