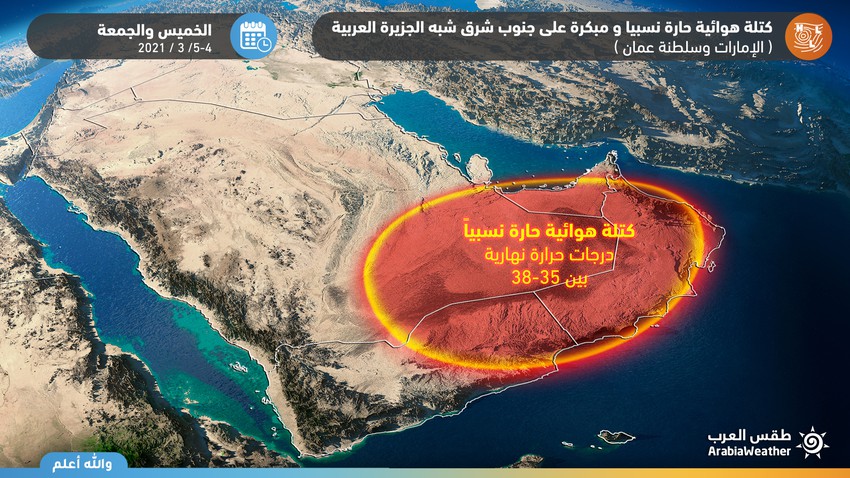 Arab Weather - Since yesterday, a gradual rise in temperatures began in different regions of the Sultanate of Oman and the United Arab Emirates, as a result of the control of an air high in the upper layers of the atmosphere that works at early temperature rises relative to this time of the year.

This rise in temperatures will be more pronounced during Thursday and Friday, as it is expected that some areas of the two countries, especially the interior and deserts, will reach 37-38 degrees, while it is slightly lower on the coastal areas and near them, to be around the mid-thirties.

Later, on Saturday, the same areas are expected to be affected by northwesterly winds, which lower temperatures again. This kind of heat detection causes the spread of common seasonal diseases such as influenza for attention (not to expose the body to varying temperatures)

How to cope with the extreme heat in Ramadan