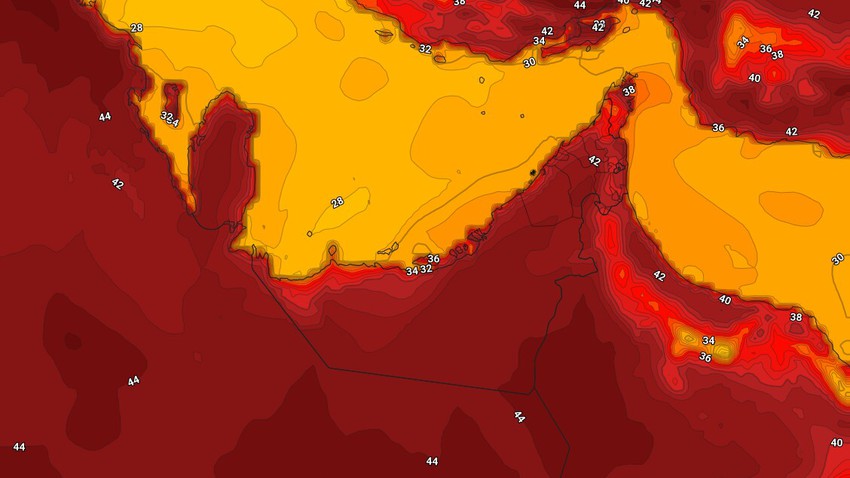 Hot weather at night and fog in some areas

The weather in the Emirates during the hours of the night on Tuesday / Wednesday is hot in all regions, with high levels of humidity, and there is a possibility of fog forming in parts of the western interior regions in the hours after midnight and early morning, and the winds are fluctuating in direction and light to moderate speed.

1- Drink lots of fluids regularly
2- Not to be exposed to the sun for long periods of time.
3- Not to leave children inside closed vehicles under the sun's rays.
4- Avoid placing pressurized and flammable containers inside vehicles, to avoid the risk of ignition.
5- Driving cautiously on roads that witness the formation of fog.

Emirates | A drop in temperatures on Friday, and chances of fog forming during the night hours