Emirates | Hot to very hot weather, intense winds of Al-Baarih, and a warning of raised dust 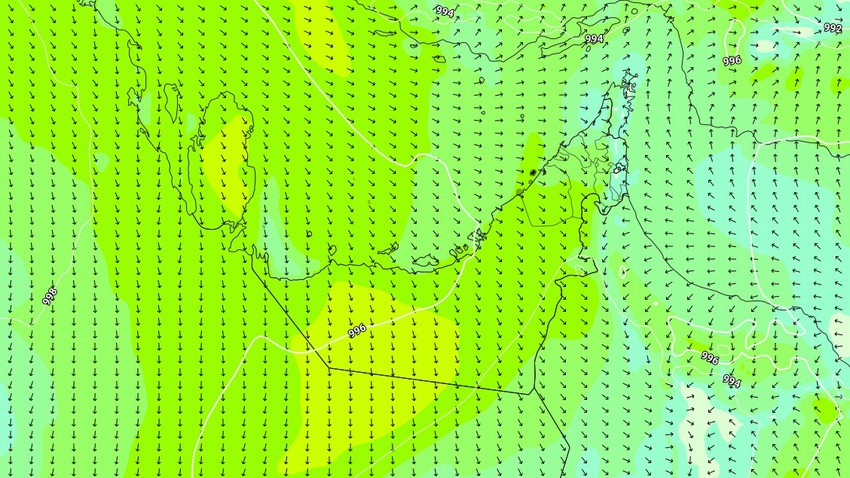 Arab weather - God willing, it is expected that the weather in the Emirates on Thursday and during the summer weekend will be hot to very hot in all regions, with the appearance of scattered clouds at medium and high altitudes, and the weather at night hours will be moderate during the coming nights, relatively hot in some parts.

An increase in the speed of Al-Bawareh winds is expected, especially on Thursday

It is expected, God willing, that there will be an increase in the speed of the Al-Bawareh winds (northern / northwesterly winds) during Thursday, to be moderate to active, with strong gusts exceeding the 60 km/h barrier in many western regions. The Al-Bawarih winds include parts of the main cities, but with less intensity. The winds are expected to cause dust and dust, and the waves to rise on the beaches.

It is expected that Al-Bawarih winds will continue to blow over the western regions during the weekend, but with less intensity than before, and they will be moderate to brisk, accompanied by strong gusts exceeding the 50 km/h barrier, which causes the continuation of dust in those areas.

Daily chance of fog formation in the eastern interior

The latest outputs of the numerical models indicate the continuation of the flow of moist air currents coming from the Arabian Gulf, which causes a significant increase in humidity so that conditions are ripe for the formation of fog in many parts of the eastern interior regions, and it is not excluded that the fog will be dense in some areas.