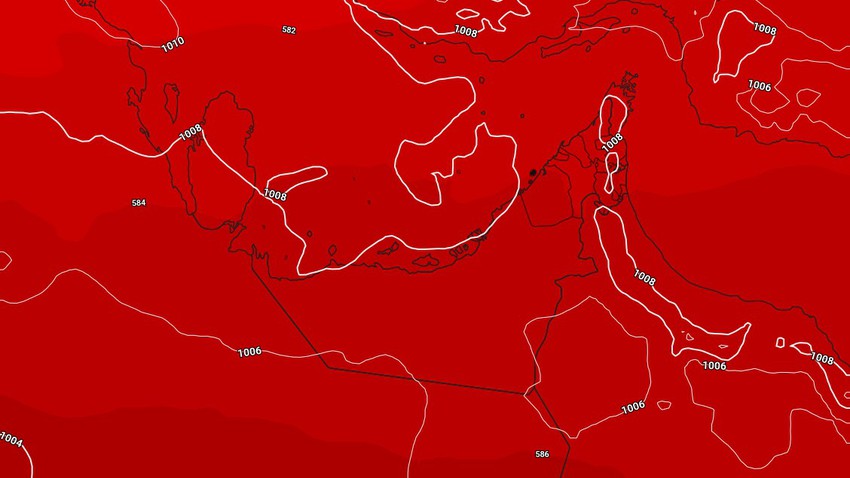 Arab Weather - The weather on Wednesday is relatively hot in the coastal areas, and hot to very hot in the rest of the regions, and quantities of clouds appear at different heights, so that showers of rain are weakly likely to fall in some areas. Their occurrence, and the winds are fluctuating in direction and light to moderate speed, sometimes active in some areas.

The weather is relatively hot in the early hours of the night, and turns moderate during the late night hours and dawn, and clouds continue to appear at different heights, so that showers of rain may fall in some areas, and they are accompanied by descending winds if they occur, coinciding with an increase in proportions Humidity and fog may form in some northern regions, and the winds will be variable in direction and light in speed.