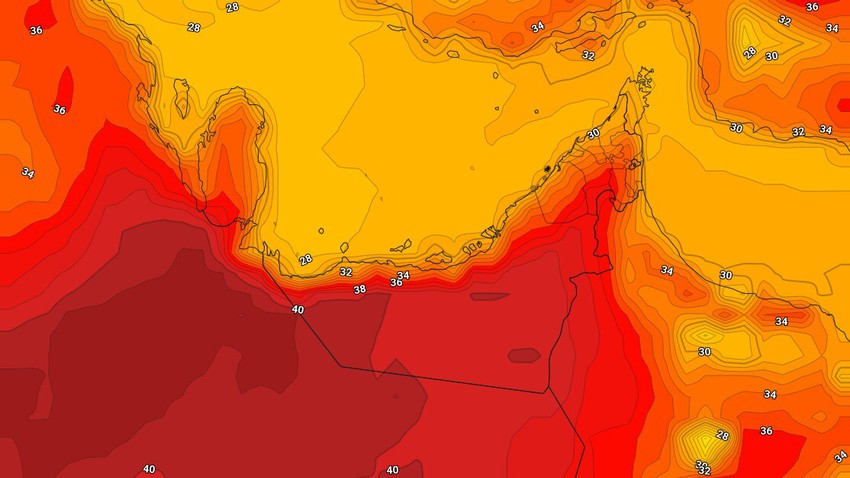 Arab Weather - The temperatures are less than their normal rates for this year by about 5 degrees Celsius, and the weather is relatively hot in the coastal areas and the eastern mountains, and hot to very hot in the rest of the regions, with clouds appearing at medium and high altitudes and there is a possibility of thunderstorms from The rains are in parts of the eastern highlands and some inland areas, and are associated with activity on wind speed within the influence of thunderstorms, and the winds will be northwesterly to southwesterly, light to moderate speed, and are active sometimes in some areas, especially the northern ones.