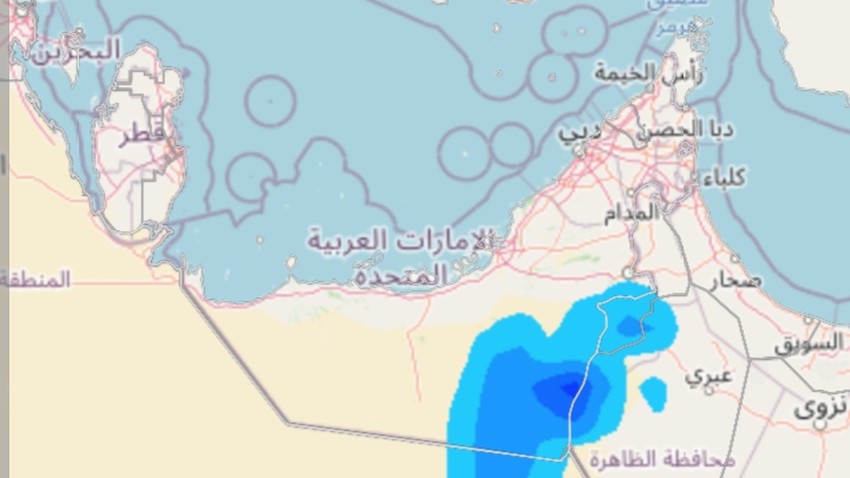 Arab weather - the received weather maps indicate the multiplication of quantities of clouds at different heights during the afternoon and afternoon hours, interspersed with cumulus clouds in the southern regions, including the city of Al-Ain and the southwest, down to some eastern mountains, interspersed with cumulus clouds so that there is an opportunity for thunder showers of rain On parts of those areas, it is not excluded that rains will be heavy at times in narrow geographic ranges, and are associated with the activity of surface winds that raise dust and dust.

The National Center in the UAE had forecast the weather for today, Tuesday, and in the context, the weather will be clear to partly cloudy and dusty at times, with a chance of some convective clouds that may be rainy east and south in the afternoon, humid nights and Wednesday morning on some coastal areas with a chance of fog or Light fog, and winds are light to moderate, active at times, causing dust, which may reduce horizontal visibility. The sea is moderate to light in the Arabian Gulf and light in the Sea of Oman.

UAE: Dusty weather at times with a chance of rain in parts of the east and south of the country in the coming days

Emirates 3:45 pm | The National Meteorological Center warns of thunderstorms in some eastern parts of the country now