Emirates | Possible thunderstorms on Monday in these regions 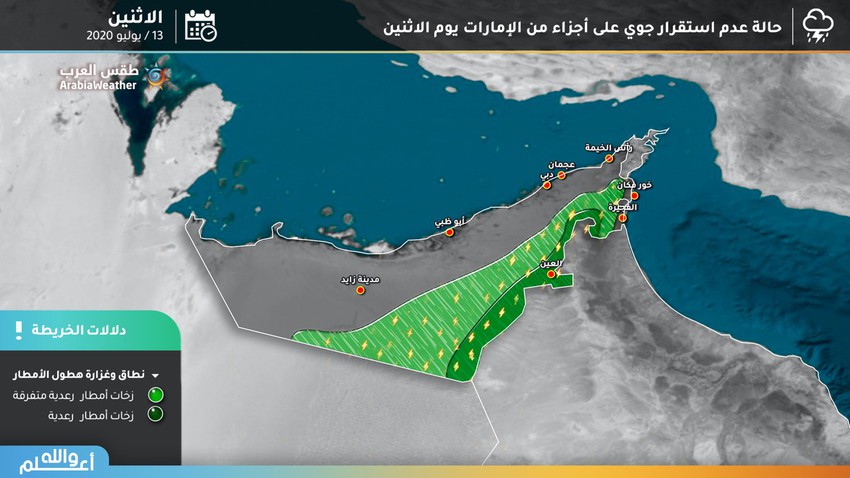 Arab weather - Sinan Khalaf - The eastern and southern parts of the Emirates will be affected in the coming days by turbulence in the air, which increases the possibility of eastern mountainous highlands and some southern parts being exposed to thunderstorms.

It is expected that the chances of rain will be concentrated, God willing, on the mountainous heights of the Emirates of Sharjah, Ras Al Khaimah and Fujairah, in addition to the city of Al Ain, and with the possibility of forming some clouds in parts of the south of the Kingdom.