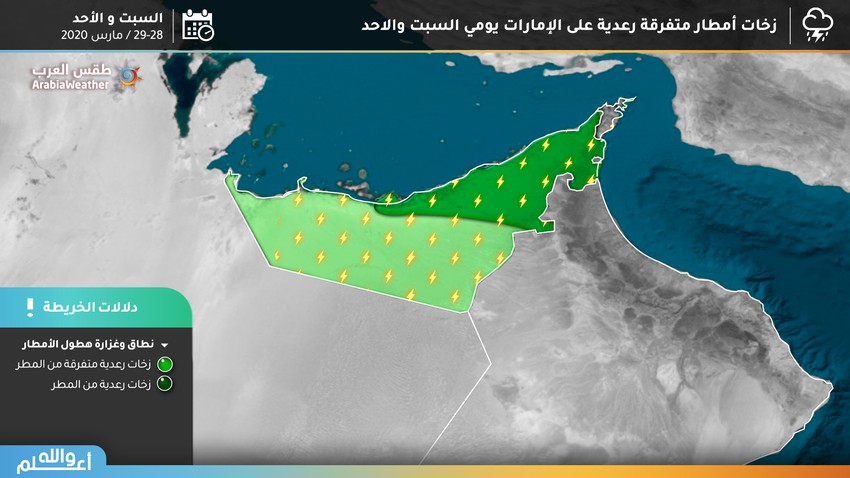 Emirates | Showers and thunderstorms around Monday

Weather of Arabia - From Saturday to Sunday, the state is affected by a state of air instability that brings with it thunderstorm showers across the UAE regions. Numerical models indicate the possibility of a strong wave of dust on the country on Monday.

How severe is the air instability?

According to the latest weather updates, the expected weather instability will be between weak and medium severity, with thunderstorms showering throughout the country including the capital Abu Dhabi and the cities of Dubai and Sharjah in addition to the general interior region and the coasts overlooking the Gulf of Oman.

With the Red Sea low moving eastward to the east of Saudi Arabia, strong southern winds blow on Monday to the country coming from the Empty Quarter, carrying large amounts of dust with it, and consequently a great decline in the horizontal visibility in the general regions of the country, especially the western ones, including the capital Abu Dhabi and Dubai .