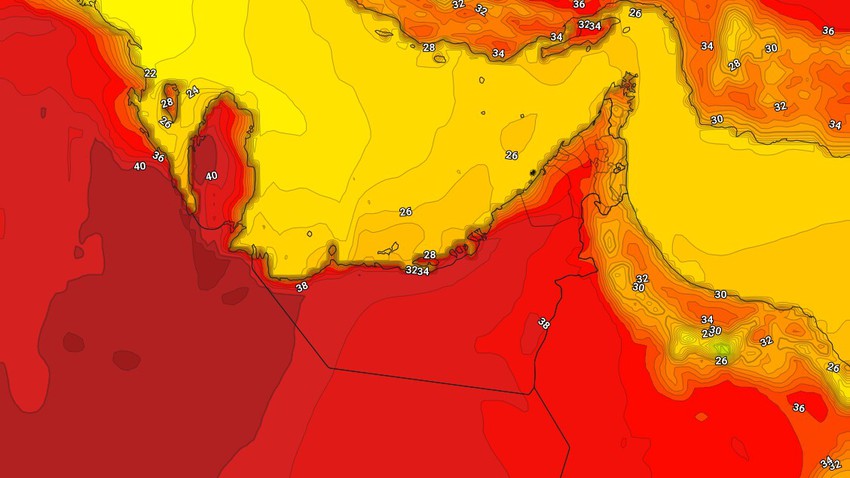 Arab Weather - There is a rise in temperatures on Sunday, and the weather is generally hot, and clouds appear at different altitudes, especially the medium ones, especially in the eastern regions, with the possibility of thunderstorms of rain in parts of those regions, and the winds are south of moderate speed, active Sometimes it causes dust and dirt when it is active.

The weather is also warm at night hours, and the chances of rain continue to be received in a limited way from the east of the country during the early hours of the night, and the winds are fluctuating in direction and light to moderate in speed, activating within the influence of thunderstorms if they occur.

alert | Expected intensification of the speed of the winds of Al-Bawareh, dust waves and turbulent waves in many Arab Gulf countries