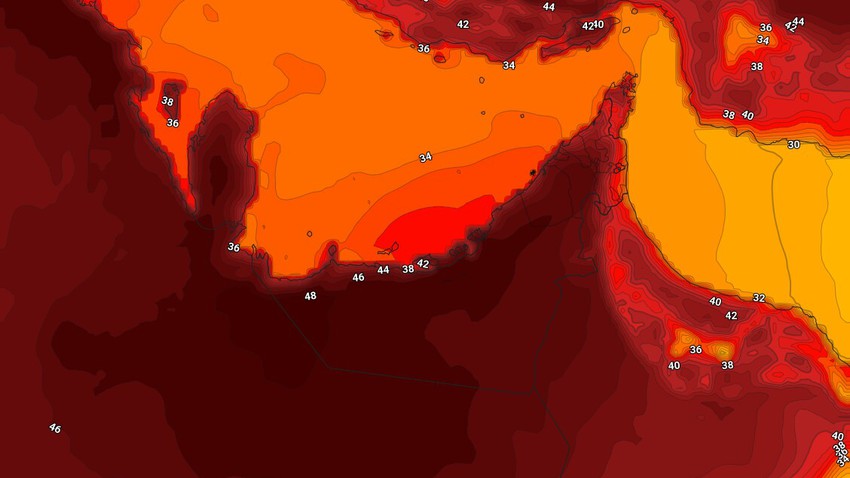 Arab weather - God willing, it is expected that the summer weather will be very hot in all regions on Tuesday, and the temperatures will generally be in the forty levels, and temperatures approach the end of 40 degrees Celsius in some interior areas during the afternoon hours.

Clouds appear at different altitudes, resulting in the possibility of thunder showers of rain in parts of the eastern highlands, and some inland areas.

The winds are fickle to moderate northwest, active at times, and working to raise dust and light dust in some exposed interior areas.

Hot and annoying weather in all areas at night

Temperatures drop at night, and the weather is hot and annoying over all regions, and some clouds continue to appear at different altitudes in parts of the country.