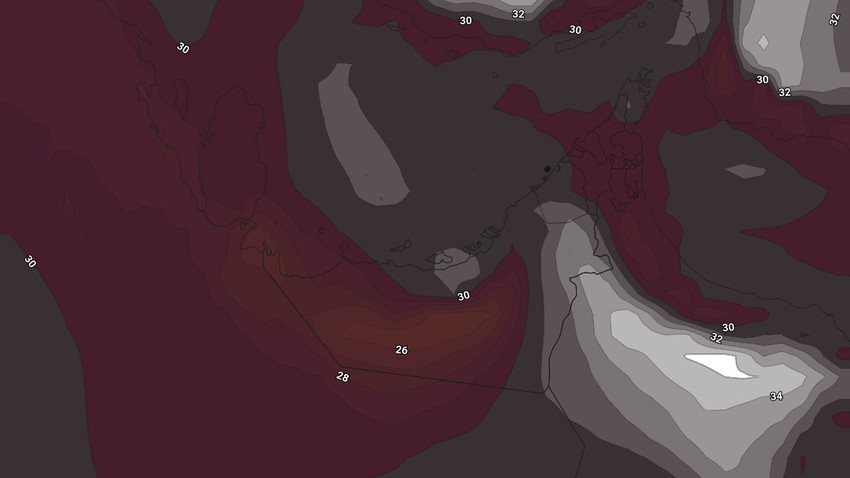 This coincides with the continued blowing of northwesterly moderate to brisk winds, accompanied by strong gusts on Friday, stirring dust in the interior and open areas and the occurrence of rising waves and the rule of turbulent seas in the Arabian Gulf, and a decline in wind speed occurs Saturday, becoming northwesterly to variable direction, It is light to moderate in speed, sometimes active over some areas.

Nice to moderate nights with still chances of fog

Night temperatures drop during weekend nights, and the weather will be pleasant to moderate in all regions of the country, and there will be a rise in humidity so that the opportunity is ripe for the formation of fog in many areas, including the coastal areas, and it is not excluded that the fog will be dense in some areas.