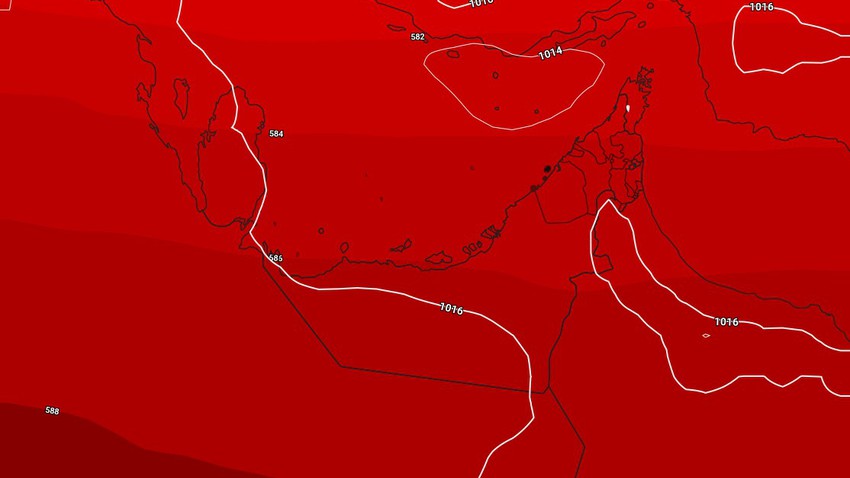 Weather of Arabia - The Emirates National Center for Meteorology in the UAE has issued the forecast for the next four days, updated Thursday 25/11/2021

Weather forecast for the next four days

Clear in general and partly cloudy at times, and humid at night and Saturday morning with a chance of fog or light fog forming over some inland and coastal areas, and winds are northeast to northwest, light to moderate, speed from 10 to 20 up to 30 km / h, and the sea is light in waves. In the Arabian Gulf and in the Sea of Oman.

Clear in general and partly cloudy at times, and on Sunday morning in some inland areas, northeasterly winds turn to northwesterly light to moderate speed, gradually active on the sea at night and causing dust on open areas, and their speed from 15 to 25 up to 40 km / h, and the sea Medium waves, gradually turbulent in the depth at night in the Arabian Gulf and light waves in the Sea of Oman.

Clear to partly cloudy and dusty at times, and low clouds appear over the eastern and northernmost regions of the country, which may be accompanied by light rain, with a decrease in temperatures, especially in the west. 25 up to 40 km/hr, and the sea is rough, especially in the west in the Arabian Gulf, and light in the Sea of Oman.

Clear to partly cloudy and dusty at times, with the possibility of rain falling on some eastern and northern areas, and northwesterly light to moderate winds, sometimes active, with speed especially on the sea, and they are dusty and dusty, and their speed is from 15 to 25 up to 40 km / h, and the sea is turbulent, especially the waves in the west. In the Arabian Gulf and average waves in the Sea of Oman.

Arabian Gulf | Variation in temperatures in all countries, and the continued flow of cold winds to northern Saudi Arabia in the coming days. Details

What is the relationship of cold weather to an increase in the number of infections with the Corona virus and the mutated Omicron?

American warnings of the dangers of the 5G network to aircraft safety... and airlines suspending flights to America because of it