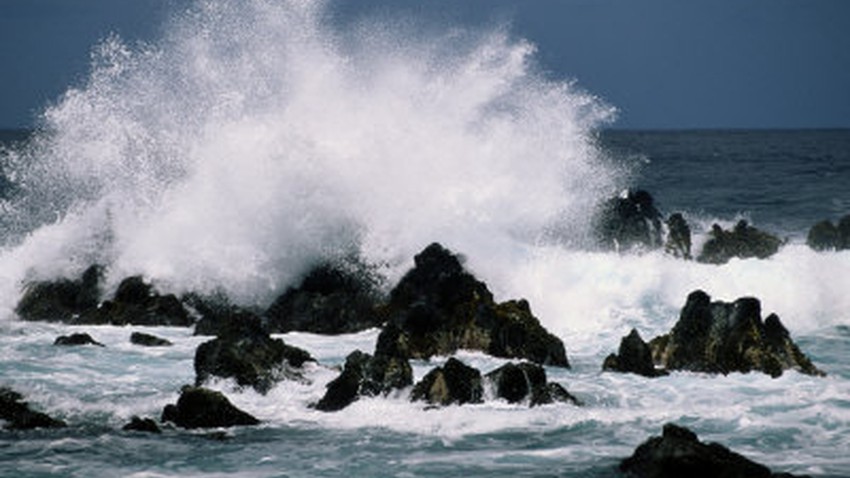 Arab Weather - The UAE National Center for Meteorology in the UAE has issued the forecast for the next four days, updated Thursday 17/3/2022

Weather forecast for the next four days

Dusty and partly cloudy in general, and winds are northwest, active to strong, especially on the sea, causing dust and dust, which leads to a decrease in the horizontal visibility over the open areas, and its speed is from 25 to 35 up to 60 km / h, and the sea is very turbulent in the Arabian Gulf and turbulent waves in Oman Sea.

Clear to partly cloudy and dusty at times during the day, and humid by nights and Sunday morning, with the possibility of fog and light mist forming over some eastern interior regions, and northwesterly moderate to active winds, speed and strong sometimes during the day on the sea, exposing dust and dust at times, and their speed from 15 to 35 reaching 45 km/hr, and the sea is rough with rough waves in the Arabian Gulf and rough to medium waves in the Sea of Oman.

Clear to partly cloudy at times in some areas, and temperatures tend to rise, and humid on Monday nights and morning with the formation of fog and light fog over some inland and coastal areas. Q, the sea is medium to light waves in the Arabian Gulf and light waves in the Sea of Oman.

Clear to partly cloudy at times in some areas, with another rise in temperatures, and humid nights and Tuesday morning with a chance of fog and light fog forming over some coastal and inland areas. 30 km / h, and the sea is light in waves in the Arabian Gulf and in the Sea of Oman.

Emirates - National Center of Meteorology | Scattered rain as of Wednesday