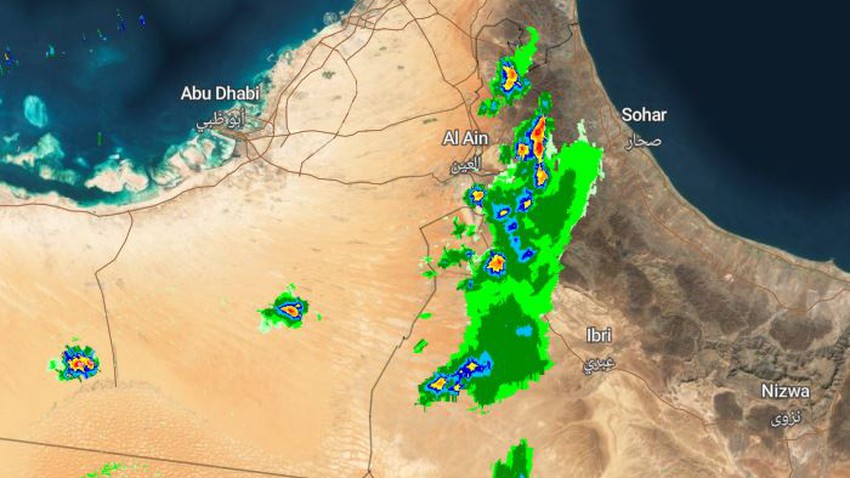 Arab Weather - The latest satellite images show that there are some cumulus clouds on parts of the heights of the southern Emirates, especially those belonging to the city of Al Ain, in conjunction with the formation of thunderstorms in parts of the Emirates desert, and these clouds are accompanied by showers of rain of varying intensity, and exciting downward winds for dust and dirt.

As for the coming hours, it is expected that the country will be affected by cumulus clouds with their concentration on the south and southwest of the country, which means an increase in the frequency and extent of rain, as rains of varying intensity in general may be heavy at times and accompanied by thunder and hail, in addition to activity in the speed of exciting winds. for dirt and dust.

Arab weather recommends to residents of areas exposed to cumulus clouds to pay attention to the severity of the downward air currents associated with thunderstorms, and the abundance of rain that will take a local character so that it will be heavy in limited ranges only.