Emirates | Thunderstorms of a random nature affect the country on Tuesday 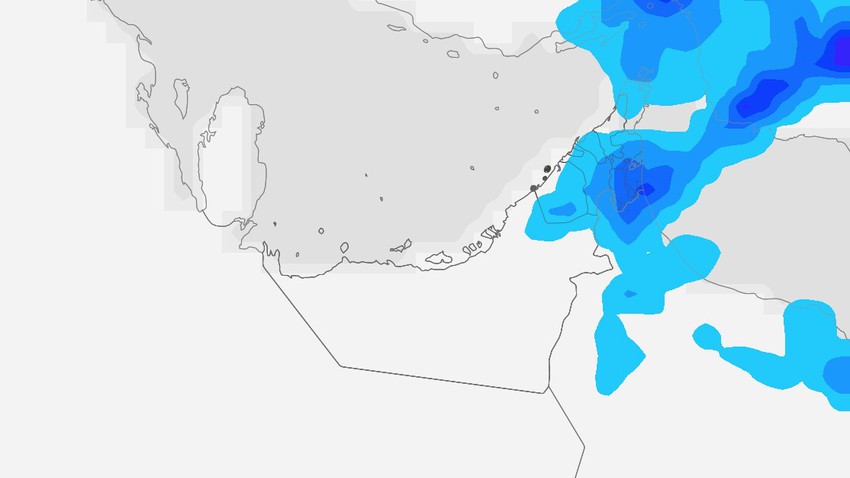 Arab Weather - The temperatures on Tuesday are slightly below their normal rates for this time of the year, and the weather is generally hot to very hot, with the exception of the eastern mountainous highlands, and it is expected that the country will be affected by unstable weather conditions, which will result in the emergence of clouds at different altitudes, And the activity of thunderstorms that are characterized by random effect, especially in the afternoon and afternoon period, and as a result thunderstorms of rain fall in random and different areas, and include opportunities for rain, including the inner and main cities, and thunder clouds have more severe effects on the eastern highlands such as Fujairah and Ras al-Khaimah Due to the geographical nature that characterizes these areas, and the rains of varying intensity are not excluded from being heavy, causing valleys to flow and the formation of torrents, and thunder clouds are associated with the activity of winds that stir up dust and dust in their areas of influence.

The weather is generally warm to relatively hot during the night hours, and the chances of rain diminish while remaining available in limited and random parts concentrated in the eastern regions, and the winds are: southeasterly to easterly moderate, and at moderate speeds active sometimes in the eastern regions, and northwesterly moderate speed activates sometimes In the rest of the regions.