Emirates - update at 4:00 pm | Cumulonimbus clouds affect the southeastern regions of the country 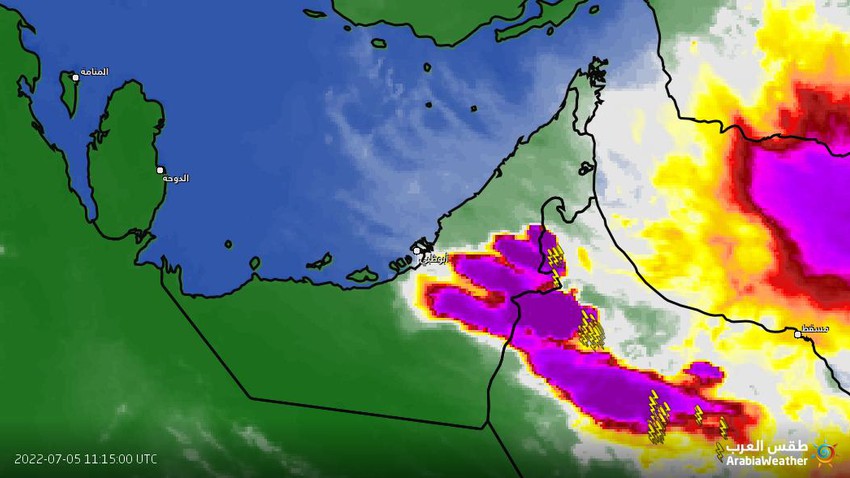 Arab Weather - The latest satellite images and the rain radar operated by the National Center of Meteorology indicate the extension of cumulus rain clouds towards the southeastern regions of the Emirates, including the city of Al Ain, accompanied by showers of varying intensity, accompanied by thunder and activity of surface winds that raise dust and dust in some Regions.

The National Center had warned of the formation of cumulus clouds accompanied by active winds, with speed and dust at times, from 07:05-14:33 to 07-05-20:30, in the southeastern regions, including the city of Al-Ain.

UAE: Partly cloudy weather at times, with the possibility of some convective clouds passing eastward during the weekend