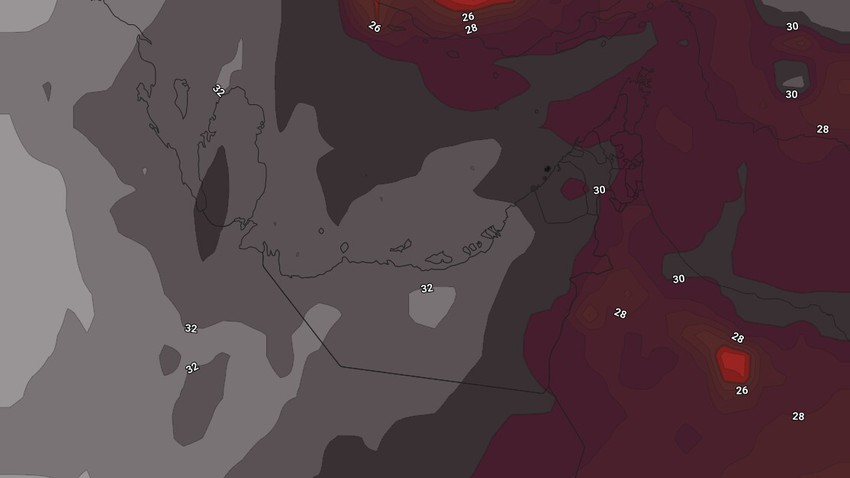 Arab weather - It is expected, God willing, that the weather will remain very hot in summer in all regions during the weekend, and temperatures will be in the forty levels in most regions of the country, with the appearance of clouds at different altitudes.

The winds are between southwest and northwest, moderate in speed, sometimes activating some areas.

Relatively hot to hot weather during the night hours

Temperatures drop at night, and the weather is relatively hot to hot over all regions, and temperatures are in advanced levels over most regions.

Chances of thunderstorms continue in some areas

The impact of unstable weather conditions on the country continues at the end of the week, but with a decline in its intensity, as thunder showers of rain are likely to fall on random areas and opportunities are more concentrated in the interior and eastern regions of the country, especially in the afternoon and afternoon hours, and are actively accompanied by wind speed The surface that provokes dirt and dust.